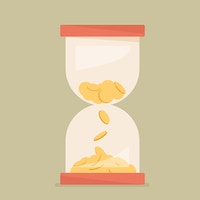 A site can perform poorly for a number of reasons, having a domino effect in several key areas for businesses.

Consumers today rely on access to digital content and services. And this means consumers of all types – online shoppers, patients accessing a telehealth service, or an association member searching for benefit resources. People are now typically online frequently, want information immediately, and are looking to complete actions easily. These are some high expectations, and as a result, site speed has become crucial for consumer engagement. A site can perform poorly for a number of reasons, having a domino effect in several key areas for businesses.

A conversion occurs on a site anytime a visitor completes an action you intend. This could be signing up for a newsletter, adding a product to a cart, or downloading a guide. When a website is slow, it results in fewer of these actions, and a user is more likely to click away to another website.

In a 2016 rebuild of the Financial Times website, they found consistent drop-offs in session depth and engagement from slower test groups, and they used this data to better understand the impact of site speed on their revenue streams.

In 2017, Akamai found that a one-second delay in mobile load times can impact conversion rates by up to 20%.

The most infamous statistic related to load time and revenue is from over 10 years ago, when Amazon calculated that a page load slowdown of just one second could cost them $1.6 billion in sales each year. But that’s an estimate for an e-commerce giant with a net revenue in the billions. Let's bring it down a few notches. In 2018, J.Crew’s site wasn’t prepared for the rush of Black Friday visitors, and as a result, they lost 23,000 shoppers and over $700,000 in business.

According to Aberdeen Research, three seconds appears to be the breakpoint for all web users. Compared to a one-second load time, abandonment rates triple.

Kissmetrics found even more dramatic numbers: according to their figures, 40% of consumers abandon a website that takes more than 3 seconds to load.

On mobile specifically, research from Google indicates a slightly more dismal number tied to this magic 3 second timeframe: 53% of mobile site visits are likely to be abandoned if load time exceeds 3 seconds.

Google and Facebook have been taking steps to prioritize fast performing sites. In 2017, Facebook announced a new feature that takes into account the estimated load time of pages featured in news feeds. Priority is now given to links that are known to load faster on mobile, while ones that might take longer to load are limited. In 2018, Google started including mobile page speed as a ranking factor, and in 2019 Google announced a planned feature in Chrome whereby clear badging would be presented to users for sites that are known to typically load fast or slow.

Over the years, it’s been well established that site speed performance is an important part of the user experience, and that various business metrics can be affected either positively or negatively. It’s critically important to understand what those specific metrics are for your organization’s website, and then to measure and monitor performance both before and after any improvements are made, in order to see the resulting improvements. To view more of our content on this topic, check out our site performance resources here.