The Marriage of Web Performance and User Experience 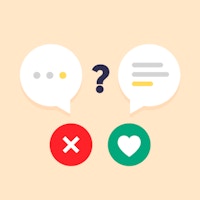 Why you can't have one without the other.

In the design and technology industries, we’re constantly pushing the status quo for what the web can be, how it should look, and how it should perform. A side effect of the tech community constantly striving to improve the way users experience the web is that users’ expectations for useful, intuitive digital experiences and lightning fast performance have gotten pretty high. There’s very little margin for error when it comes to slow sites and indifferent design.

This interconnectedness between performance and user experience is something that can’t be ignored – you simply can’t separate the two. In this article, I’ll touch on why these two things go hand in hand, and why performance is just as vital to your website or application’s user experience as the visual design.

A lack of performance will damage your site’s accessibility.

The push to bring content into the digital world is backed by the idea that the web is meant to make normal tasks easier for users. It’s meant to speed up processes and make work more efficient. Having a slow site that performs poorly is the antithesis of a great user experience, which usually revolves around ease of use and intuition. If the site takes too long to load, more often than not, users will abandon the site. A lot of work can go into a beautifully designed site, but if it loads slowly, the users will become frustrated, leave, and never see the content. After 3 seconds, if the site hasn’t loaded yet, 40% of users will leave your site. All that work for nothing!

And we haven’t even gotten to mobile. It’s well-documented that over half of users come from mobile devices. Having a high performing site on mobile is not a “nice to have” – it’s an absolute requirement. Users’ standards are just as high on this platform, where if the site takes longer than 5 seconds to load, 74% of users will hit the road. While mobile network technology is definitely improving, it still isn’t as fast and reliable as WiFi, meaning that your site needs to be optimized to load even faster on mobile devices than on desktop devices. In many cases, this could mean that your design might have to be simplified to accommodate the constraints of mobile performance.

These mobile use cases are particularly important, as they are often mundane user experiences we utilize so often that we take them for granted. They often occur in on-the-go situations where we need information quickly and immediately, like looking for your boarding pass for a flight, trying to pull up directions in your car, or quickly scanning articles. Because users have become accustomed to a certain speed of doing things on mobile devices, the margin for error and level of patience are both slim – meaning that issues in mobile get particularly magnified compared to desktop.

There’s a direct relationship between a dip in user satisfaction and a decrease in performance.

It goes without saying that slow performance decreases user satisfaction. But more specifically, this is really the part that underscores the importance of well-thought-out user experience.

First impressions are important. If a user is greeted with lackluster performance on their first visit, it’s more likely that they won’t come back to the site again. Not only might they not come back, but if they aren’t able to view the content, their understanding of the products or services you’re offering (and in turn, their overall satisfaction) naturally diminishes.

When a site moves slowly, users can feel like they’re not making any progress on achieving whatever task they set out to do. This can be frustrating. Think about how much time you’ve probably lost trying to pay bills or purchase something online with a portal that performed at a snail’s pace. It might have made you procrastinate the task, or just abandon it altogether. At the very least, it’s an irritating experience that can be avoided if we prioritize good UX through optimized performance.

Don’t take users’ time and energy for granted. A study by Glasgow Caledonian University found that participants had to concentrate 50% more when trying to complete a simple task on a website using a slow connection. This extra concentration needed to perform a task led to an overall increase in stress levels, which is obviously not the desired outcome. It’s important that we account for varying connectivity and different devices.

Each of these things contribute to an overall diminished opinion of your brand. Especially when dissatisfied users will probably tell others about how slow your site was.

Designers play a large role in this too – it’s not all on developers.

Performance and good user experience are not just the developers’ responsibility. There’s a lot that designers can do to increase performance, and in turn, create better user experiences on the web. As websites are becoming more visually rich and functionally advanced, we should recognize the strain that can take on a browser if we’re not accounting for optimization in the right ways. This starts with specific decisions designers make, before the high fidelity visuals even reach the developer.

How large are the images? What image file format are you using? How many different font weights are being used? If you’re planning on including video, is it compressed without compromising quality? Does the site use scroll based effects, transitions, or even scroll-jacking? Scroll based effects can contribute to a lag in performance, especially when we consider how the design might transition to smaller devices.

These are all important questions to consider to set your team’s developer up for success. Creating a great user experience is a team effort, and a designer’s pursuit of beautiful aesthetics shouldn’t come at the expense of performance.

Great user experiences can’t exist without a well-thought-out approach to performance. Putting performance first will save your users time, energy, and money. These savings will result in more respect from your users – and a better reputation for your company or business. In our work as UX designers and product designers, performance considerations cannot be something considered a luxury or a “nice to have.” It has to be at the forefront of the conversation.