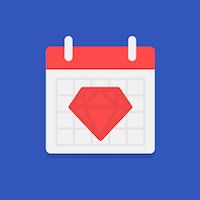 Here's a look at the work that our developers have been doing. Come work with us!

I sat down with our Development Director, David, last week to talk about Viget’s Development team, what they are working on, and how we should grow over the next 6 months. I left the conversation inspired.

The purpose of this article is to provide a snapshot of what the Viget Dev team is currently working on. Hopefully, you’ll find this list as inspiring as I did -- there is a huge range of scope, duration, team size, technology, and client type. If you think you’d enjoy contributing to these types of projects, I hope you’ll consider applying to work with us or at least introducing yourself so we can keep in touch long-term.

The next three months (and beyond!) are shaping up to be as busy, varied, and challenging as the last three, which is why we are looking to grow the team. We’re hoping to hear from people who love not only building software, but learning new languages, and sharing their knowledge along the way.

I’d love to tell you more about these projects and how our dev team collaborates with the other disciplines at Viget. Please don't hesitate to get in touch!

Interested in Viget, but not ready to apply? Get on our radar by dropping us an email or connecting with us.

Email Us Connect
Subscribe (opens in a new window)