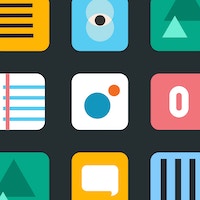 The mobile app landscape is complex, fluid, and intimidating—especially for less technical folks. Let us help.

A little while ago, Viget wrapped up an Android native mobile build for FiscalNote, a DC-based company that uses AI for predictive governmental legislation and regulations. It was a large-scale app with a high degree of complexity, and allowed us to stretch our native development wings.

I spoke about some tips and takeaways from that project during the 2019 Digital Project Manager Summit in Orlando. It had occurred to me that it’s beneficial for non-developers who work in this space to have the foundational knowledge for what a native app is, and what makes it different from other app technologies. That’s what I’ll be covering in this article.

If you’re interested in more specific project management tips on this topic, you can find them in one of my previous blogs. If you have a more technical role, my colleague’s article on picking mobile technology is very helpful.

But let’s get to it.

First, in order to understand what a native app is, it’s best to talk briefly about what it is not. There are two other types of apps that fall under this “app” label: web apps and mobile apps.

A hybrid web app is a combination of web technology and native device implementation. These apps run on a mobile device within a native container, using a web view. It’s essentially rendered as any normal app you’d see on your phone, but it doesn’t rely fully on the device itself.

A hybrid native app is often regarded as a mix of web and native technology because it renders components that are truly native to each platform, while still sharing the code that drives the app—there’s essentially a “bridge” that talks to each platform to render native UI. The definition of these apps is somewhat murky since they’re written in JavaScript, which is typically reserved for the web.

Popular recent frameworks have significantly leveled up hybrid apps. Two of the most prominent are Ionic for hybrid web and React Native for hybrid native. React Native is built by Facebook.

Some high-profile applications use React Native as their framework, including Facebook, Skype, and Uber Eats. Ionic was used to build apps for Marketwatch and Nationwide, among others.

As opposed to hybrid apps, native apps are built specifically for one operating system (iOS OR Android OR Windows phone, etc.). I’ll dive into the pros and cons of this approach in the next section.

The most important takeaway here is that native apps are built for a specific operating system and take advantage of all that has to offer.

Pokemon Go, Uber, and Waze are all native apps.

(You’ll notice these three examples do not appear on just one platform. In these cases, there are multiple native apps for each—one for iOS, one for Android, and more for other operating systems. That’s an important distinction to keep in mind.)

You might be wondering why someone would ever want to build a native app if they could just build a hybrid app and have it work across platforms. There are, however, some very distinct advantages (and disadvantages) for native apps.

There will undoubtedly be new technologies as the mobile world continues to expand and diversify. Not too long ago, Facebook was neck-deep in and a huge advocate for native technology. Now, they’ve pivoted away and are finding great success with their hybrid approach, and React Native is grabbing huge chunks of the market. But just as prevalent are the companies that swear by native development.

Choosing the mobile technology that’s right for you can be difficult, but understanding what each of them is shouldn’t be.