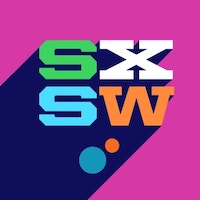 Earlier this month, a crew of 11 Vigets went down to Austin for SXSWi, the interactive portion of Austin’s South by Southwest shindig. It was the first time for some of us, while others were seasoned veterans. The festival’s unofficial moniker, Spring Break for Nerds, rang true as we hosted workshops, immersed ourselves in the newest tech, caught up with old friends, and made some new ones.

This year, we decided to submit a few talks to SXSW’s PanelPicker, a community-centered solution that allows the public to vote on conference proposals. After creating videos, we spread the word about our sessions and surrendered our fate to the SXSW gods. Fortunately, we were chosen to lead two different conference workshops.

Justin and Eli, developers from our Boulder office, led the Intro to Connected Hardware session, featuring Particle Photons and other compelling IoT technology. It was a “zero-to-hero” kind of course, aimed at newbies looking to level up their hardware game quickly. Since these kind of workshops require smaller groups, and we decided to let everyone take home their hardware setups, registration was limited to 30 people.

Overall, it was a great success, and participants were able to build interesting projects, like:

Two of our developers, Nate and Lawson, led the Beginning iOS Development with React Native workshop. If you don’t know by now, we like React.
Having contingency plans contributed to a smooth experience, and there was a solid amount of live-coding involved. Aided by a session-exclusive Slack team, attendees were able to catch up without stopping the whole workshop. Once the React workshop session concluded, we worked one-on-one with people for several hours while they learned React Native.

Virtual Reality and 3D video were all around us at SXSW, and the exhibit hall was filled with opportunities to try the latest hardware available. From new camera rigs to specialized headsets to innovative motion capture technology, 2016 will be a huge year for VR. Some of us enjoyed the demos more than others.

Artificial intelligence was another big theme, and I heard someone talk about the Echo at least once a day. If you haven't seen it yet, here's the fantastic talk on Google's self-driving cars that shouldn't be missed. How fitting that AlphaGo reached a huge AI milestone by beating the world’s top Go champion at the same time. At least we know our new robot overlords will likely be adorable.

At SXSWi, there’s no shortage of sessions. There were more than 1,000 last year, and I’m glad to have gone through the catalog before getting to Austin. As a group, we attended far too many to list here, but a few interesting ones included:

The founder of Slack, Stewart Butterfield, was interviewed by NYT writer Farhad Major on the history and future of the messaging platform that's pretty much taken over the tech world. Stewart also shared some of the internal processes of Slacks own team and how communication has made great leaps in the past few decades.

The Bossless Company: How Zappos and Medium Work

Part commentary on of modern management structures and part intro to Holacracy, this talk was especially interesting considering Medium decided to abandon Holacracy just prior to the talk.

SXSW is full of people, with more than 30k in attendance for only the interactive portion. During our time in Austin, we had time to make new friends and catch up with old ones. Our peers at WillowTree hosted us during their happy hour at Bungalo, where we caught up over drinks and tacos.

Big thanks to our friends at @willowtreeapps for hosting us at #SXSW! pic.twitter.com/IG77dCL7xU
— Viget (@viget) March 15, 2016

We had a chance to catch up with Discovery, with whom we worked on the Puppy Bowl Fantasy Game just last month. Our team also had a serendipitous encounter with the folks at Bozzuto, a long-time client who happened to pick a table right next to ours during lunch.

We also met up with old friends at new companies like Vytmn, who uses social data to help grow businesses; or Umbel who specializes in querying and segmenting target customers (they also had a fantastic party at ACL).

Thanks to membership in SoDA - The Digital Society we also spent time with inspiring peer companies who are also members like Phenomblue, North Kingdom, and MediaMonks.

Though not as much as we wanted, we were able to take some time to visit iconic Austin eateries and listen to music. On the list for many of us was some delicious BBQ, which we found at Lambert’s, which makes a mean brisket. Fried chicken at Gus's wasn't too shabby, either. Some chose to partake in Gordough’s, which caters almost exclusively to sweet tooths. Others ate at the delicious food trucks that were scattered around Austin's downtown.

It was a great (and exhausting!) trip in 2016 -- check out more pictures here. We learned some good lessons about how to make the most of SXSW, and we’ve already started planning sessions we’d like to lead for next year.