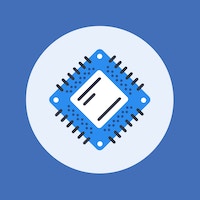 This past weekend, Viget (a local Boulder Digital Agency) organized Pebble Rocks Boulder, a true 48-hour hardware hackathon held in Boulder, Colorado. Over 70 participants and 12 mentors collaborated in the Galvanize Boulder space overlooking the iconic Pearl Street Mall. Participants came from all over the United States and focused their time on hacking the Pebble Time Smartstrap. The Pebble Time Smartstrap is a small 4-pin connector on the back of the smartwatch that allows developers to use the watch to communicate with peripheral devices. The smartstrap, only recently made available to developers, was the perfect subject for a hardware + software hackathon. Enter the world of wearables and Boulder’s welcoming hardware ecosystem.

Viget teamed up with Pebble to bring this unique event to Boulder. These two companies, with roots very deep in the developer community, came together to give participants a great and rewarding experience. The result was a hackathon that empowered creatives to make incredible projects.

It’s hard to hack on a watch that you don’t have. So Pebble provided everyone with their own complimentary Pebble Time smartwatch. Everyone was a winner before the hacking even started! Hardware is the critical piece when it comes to hardware hackathons. To ensure teams were fit for a weekend of hacking, we provided every team with a table kit of tools. On a community table we provided a treasure chest of components (everything from multiple iRobot Create 2’s, to GPS units from SeeedStudio, to a rubber duck) that teams were encouraged to take and integrate into their projects. The Treasure Chest included parts for participants to use in their hacks from companies like iRobot, Seeed Studio, Dexter Industries, and Particle.

Just down the road in Loveland, Colorado, Lulzbot is making some of the best consumer 3d printers in the world. During Pebble Rocks Boulder they set up an entire 8-printer print farm. Packed into a conference room, they ran 24 hours a day and helped participants make anything and everything -- including this giant motion-activated gramophone from team TimeDock. It would be hard to imagine a more ideal venue– loads of nooks, crannies, whiteboards, and stable wifi and, not to mention, a picture-perfect view of the majestic Flatirons! Thanks to Galvanize Boulder, we had an unparalleled space for the event. Not only was the upstairs co-working area made available during the entire weekend, but the 2nd floor full-stack school classroom was crucial for Friday evening tech talks. When it comes to dining, people tend to associate Boulder with a few things beyond the granola stereotype: great craft brews and healthy-as-heck foods. Because participants traveled from across the United States, we wanted to help visitors sample some of the best local fare while they were around. Here were some of the vendors that made the event tasty:

Then there was the beer… great, local, craft beer. West Flanders and Avery Brewing Company went above and beyond to take care of everyone for the entire event. Eldorado Spring Water (another local Colorado company!) ensured everyone stayed hydrated, and Runa Clean Energy supplied the drinks that kept everyone awake. Pebble Rocks Boulder kept a straightforward schedule. Kickoff took place on Friday evening, followed by three tech talks aimed at orienting participants to the available resources (Smartstrap hardware, 3D printers, and the Pebble Time). When Saturday morning rolled around most everyone had pivoted away from their original idea (usual hackathon practice?) and were preparing for a full day of hacking. With only 24 hours to go, many teams prepared for a late Saturday night. Then came Sunday, and with it the final mile. Pencils down at 3:00 PM, followed by an hour long project expo where teams were encouraged to visit other projects and celebrate everyone’s weekend achievements. It’s impressive to note that teams had no previous experience working with the Smartstrap API, yet almost all walked away with some sort of Smartstrap integration. Teams worked on all kinds of projects. A total of 23 were uploaded to the Pebble Rocks Boulder Hackster.io page. Check it out to learn more about each project individually.  Here were a few of my favorites from the weekend:

When I noticed Isabella and Tyler jamming away on this project at 3:00 AM Saturday morning I knew everyone was in for a treat. Little did I know what exactly they had in mind. This student duo came all the way from Florida (they even did homework over the weekend) and worked tirelessly to do one of the first Pebble Time Smarstrap hacks which utilized the Pebble as a receiving unit, not the controller!

This is Pebble Pup -- the remote control dog you always wanted. This team wrote an Android app that controlled and configured the pup. Not only could you steer it around, but you could change the pup’s name and gender (which obviously changes the collar color). All of this complexity is hidden behind a 3d printed shell. Best of all? It totally worked! I was thrilled by the amount of quality time that team Engineerable spent with the Lulzbot crew. Certainly many projects utilized the 3d printing farm, but only team Engineerable capitalized to the extent that team-members were awake into the wee-morning hours monitoring long prints.

They set out to create an audible notification attachment for the Pebble Time. Needed or not, they decided to take a page from the classics and create a device that was half gramophone, half functional art. They even integrated a proximity sensor that responded to hand waving by telling you the time -- pretty neat. What team A.N.C accomplished was perhaps one of the most compelling projects of the weekend. Not only did they successfully write a Smartstrap application and print components, they also integrated a 3D printer into their project! Yes, that is a flying toaster. And yes, this toaster is navigating a 3D printed terrain map that is hot-glued to a Lulzbot Mini.

This is a mechanical game, and the goal is to fly the toaster through the terrain to make it safely out the other side. Pretty neat! Team A.N.C even created safeguards that prevent users from literally smashing the toaster into the mountains. All of the gameplay is handled by a Pebble Time, which doubles as the game controller input device. The Lulzbot Mini simply acts as the arcade. I spoke with the team during the hackathon and, believe it or not, they started with ZERO familiarity with GCode. Learn more about it on the summary page. Our top notch team of judges consisted of local representatives from 5 distinct groups: Startup, VC, Hardware, Developer, and Advertising. Four teams were selected by judges as winners across four award categories, and one team received a “People’s Choice Award”: Everyone had a win this weekend. Both young and seasoned technologists took on new challenges and overcame significant hurdles. For some, these challenges looked like technical obstacles (e.g., a first foray into C). For others, it was handling the marathon intensity of a 48-hour hackathon. For most, it was a combination of the two. It takes a certain kind of someone to show up for a weekend-long event, work alongside new teammates, ask for help, be creative, and solve problems in real-time. Our hat is off to all the participants. Without a doubt these types of events are equal parts fun and demanding. At Viget we’re about those fun, yet demanding experiences. They’re challenging, but always rewarding. Events like Pebble Rocks Boulder are our way of supporting the community and invigorating the Boulder hardware scene while learning new things ourselves. Learn more about our emerging work with hardware.