Why You Should be Parallel Prototyping 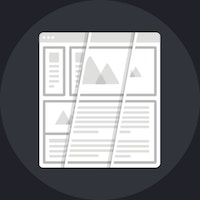 Here are just a few of the reasons why your UX team should incorporate parallel prototyping into your work.

So you heard that your UX team prototypes — but are they doing it right? In this article, I’ll give a quick intro to prototyping, and then delve into the differences between iterative prototyping and parallel prototyping.

Prototyping allows designers and engineers to rapidly evaluate design alternatives so that they can increase conversions, improve product usability, or convince people to donate $60 million.

In one of my favorite TED talks, Tom Wujec illustrates the power of prototyping by using spaghetti and a marshmallow. He introduces the “spaghetti tower challenge”, in which teams compete to build the tallest structure made out of spaghetti, tape, and string capable of supporting a marshmallow on the top — all in under 18 minutes.

The spaghetti tower challenge! The group of students I led this activity with had a great time completing it, and learned something about prototyping along the way.

Having facilitated this challenge with a wide range of groups, he’s seen that kindergarteners consistently outperform lawyers and business school students by making taller spaghetti towers. Why kindergarteners? It’s because kindergarteners engage in rapid prototyping. They, unlike adults, don’t spend their first 15 minutes debating over how best to design the tower; they immediately start making towers, allowing them to quickly discover what works and what doesn’t through many variations. This is the process of prototyping — designing, testing, and repeating (and it’s certainly more than just a buzz word, even if it gets used like one).

Traditionally, designers prototype in an iterative and serial fashion: they create one prototype, evaluate its success through testing, then take what they’ve learned and repeat the process iteratively. (At least 3 repetitions of this cycle is recommended.) It’s an extremely effective way to design. But, there’s more than one approach to prototyping…

Parallel prototyping is an approach to the design cycle that involves creating multiple designs at the same time time (in parallel), opening up a wide variety of options and design alternatives. Once designers have tested out the different designs or gotten feedback on them, they take the best components of each and combine them into a single unified design.

So which should we use? Parallel or Iterative?

There is no doubt that prototyping (whether iterative or parallel) will vastly improve your design. Both will help you achieve your goals. Some evidence suggests that combining both techniques is most effective. But I’ll make the case that parallel prototyping is most often the way to go. There is a slew of evidence highlighting the benefits of incorporating parallel prototyping into your design process, my favorites of which I’ll highlight here:

Better Usability in a Shorter Timeframe

In a case study done the Nielsen and Norman Group, a team of designers worked in parallel by designing prototypes independently of one another and then combining the best of each design. In addition to speeding up their process, this method measured out to a 70% improvement in usability from design number one to design number two (as compared with just 18% when using traditional iterative design).

I hate to say it, but sometimes it is quantity over quality. The part of the design process where quantity matters known as diverging. Diverging occurs at two points in the “Double Diamond”of design:

Diverging takes place during the light blue and light green phases, as the design team moves from left to right. Prototyping occurs in a the cycle indicated by the three arrows in the middle of the green diamond.

Diverging occurs first when the design team is in the preliminary stages of research and wants to discover and understand the scope of the problem as widely and as comprehensively as possible. The second stage of diverging occurs after the problem has been defined as designers come up with as many possible design solutions as they can. The more numerous and varied their potential design solutions, the more likely they are to come up with a better design solution. Diverging more helps designers discover the global optima, rather than just the local optima. In fact, HCI researchers have seen that parallel design leads to more diverse designs. In short, parallel prototyping helps designers reach better solutions by encouraging a more diverse set of design prototypes.

Avoiding Emotional Attachment… to Your Design

If a designer didn’t have any constraints, they’d spend all the time in the world perfecting their design and all its details. And, after putting so much effort into it, they’ll naturally become attached to it. However, attachment to a design isn’t helpful. In one study, more than half of the participants assigned the serial prototyping process reacted negatively to expert critique, whereas none of the parallel prototyping participants reacted negatively. Designers who prototype in parallel are less invested in any one idea, so they’re more receptive to feedback and critique.

Incorporating parallel prototyping into your work.

Parallel prototyping is all about coming up with many design alternatives at once, rather than focusing on just one at a time. But it can be hard to generate lots of original ideas, especially if creative block sets in. Try these tips with your team to come up with as many design ideas as possible: