What’s the Point of Pointless Weekend? 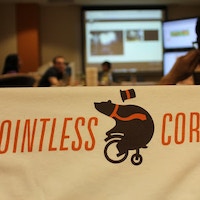 If you follow Viget, you know we describe our innovation lab, dubbed Pointless Corp., as neither pointless nor a corporation.  Pointless Corp. provides a structure for us to work on our own projects, typically over months or even years.

Occasionally, we like to move a little faster.  Pointless Weekend is our version of the 48-hour hackathon.  We pick, plan, design, build, and launch an app in two days beginning Thursday evening, ending Saturday evening.  Sometimes those quick projects turn into our longer-lasting Pointless products, as was the case with Baby Bookie and Shorter Order (formerly known as Lunnnch) -- both outputs from previous Pointless Weekends. 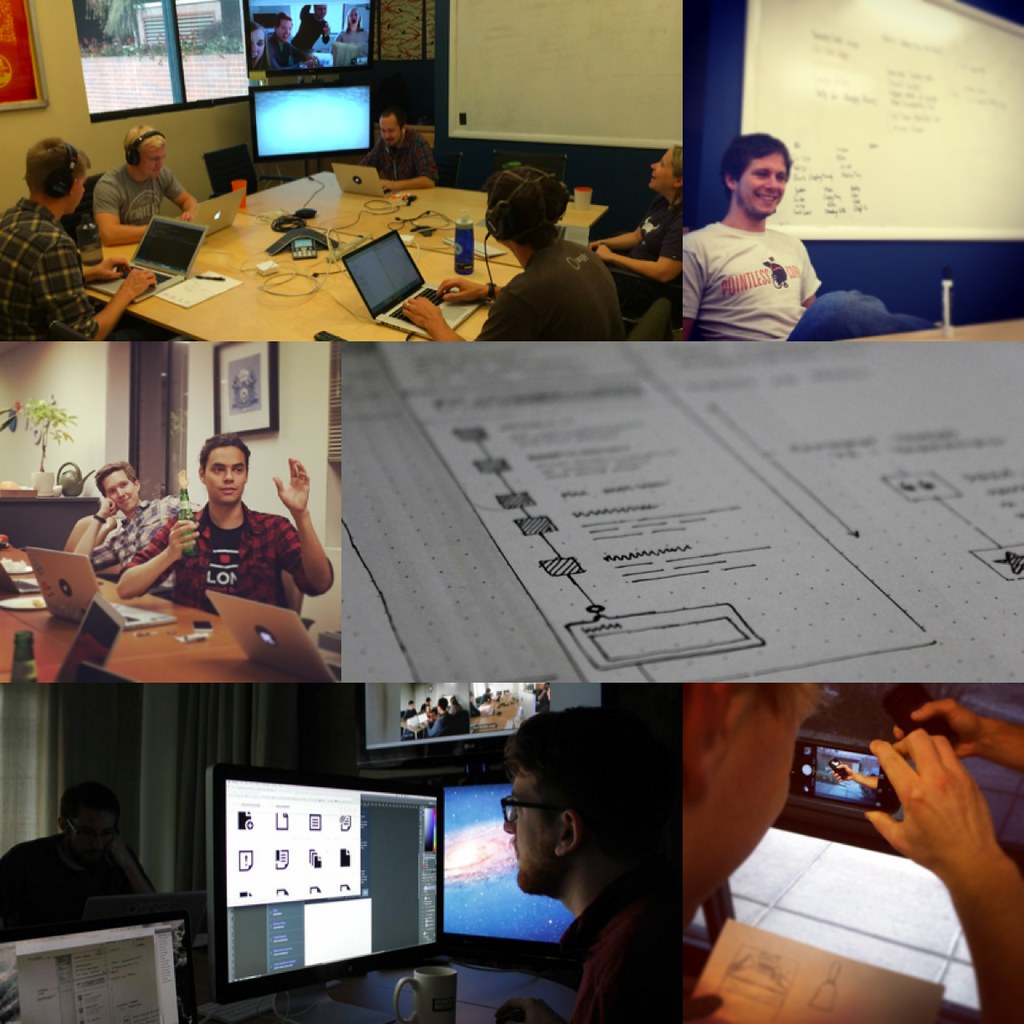 Starting at 6 pm ET last Thursday, teams from each of Viget’s three offices met over pizza and beer to discuss the dozens of project ideas individuals added to a set of Google Docs during the week.  While it’s easy to throw out ideas in a doc, it’s hard to pick the one that both matches the skills and interests of the team available and can actually be completed within 48 hours.

The intent was to have each office work locally on their own project.  To help it feel like the company-wide event it is, we had each office on a video feed.  As the evening progressed, the teams from HQ and Boulder talked and decided to team up. 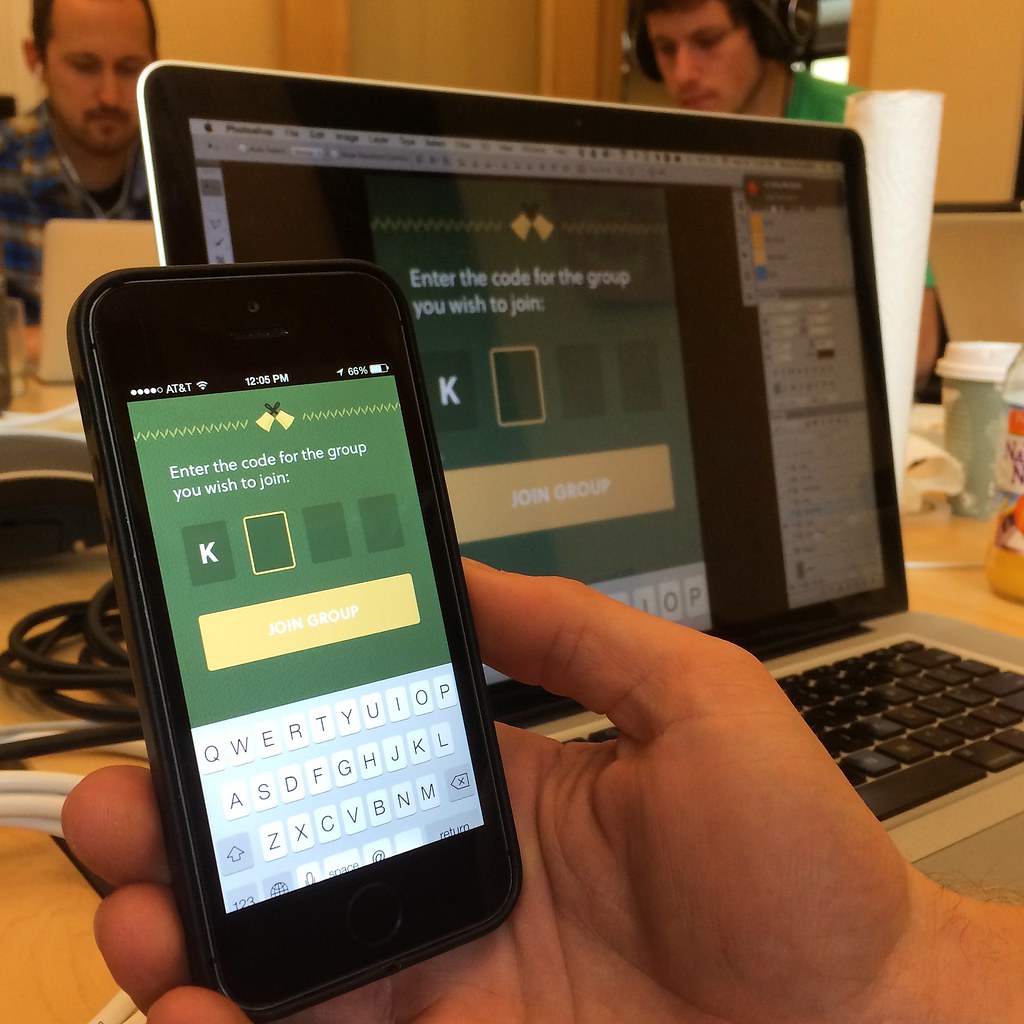 The HQ/Boulder team created JamBells, a mobile web app that creates a handbell choir among friends on the fly using your phone.  This was an opportunity to work with some interesting technology, including accessing accelerometer data within a mobile Chrome browser. We were able to dabble with device motion API, Elixir-based Phoenix web framework, websockets, Audacity, React.js, and more.

While technically live, it’s still a bit rough around the edges (optimized mostly for iPhone 6) so we’ll be tightening it up in the coming weeks. 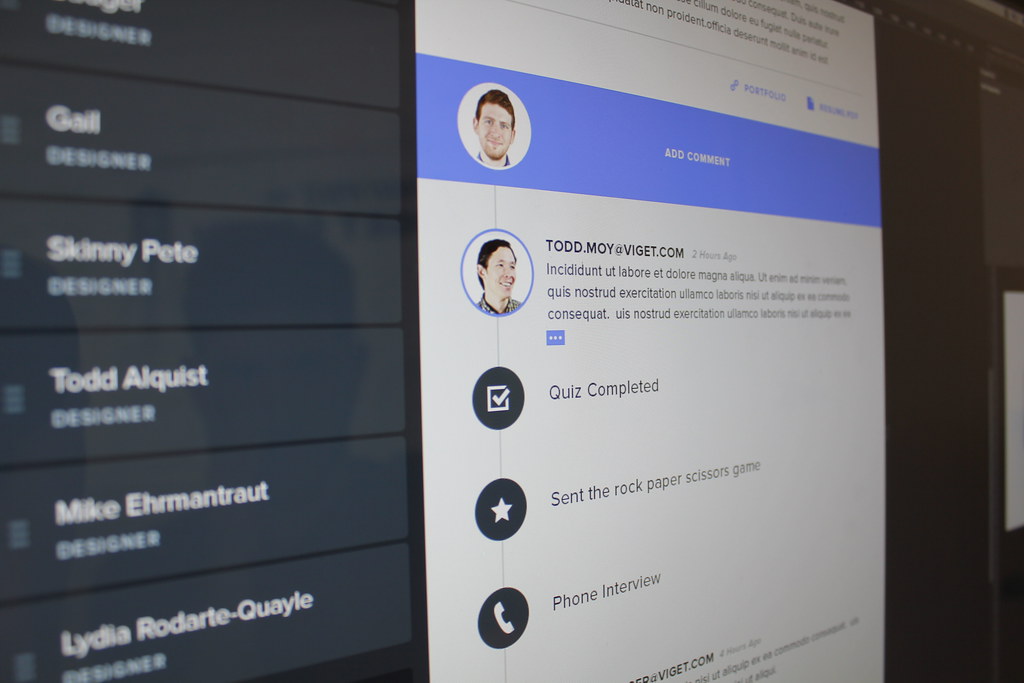 The Durham team also chose a project that included some cool tech, including React.js and Mailgun.  Unlike JamBells the game, Pearl is a utility we hope to use internally.  It’s the brainchild of Anna, our senior recruiter, to help her manage the flow of summer intern applicants we receive each year.

We’ll share more about each project in future posts.

So, what was the point? Launching is great, but the real value of Pointless Weekend has little to do with the apps themselves. This year highlighted a few key points:

​Now, we’re on to thinking about ways to make the two apps even better. We’re also wondering which of the dozens of ideas that we didn’t work on should be on our list of future Pointless projects.