What We Mean When We Talk About Agile 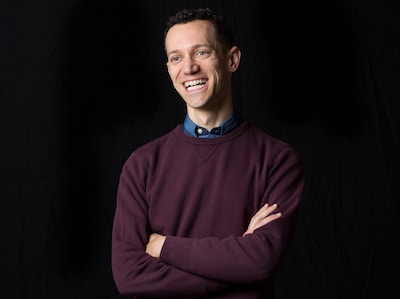 Read Part 2 of this mini-series to learn why the various meanings of "agile" can become loaded, and how to defuse the agile discussion.

Working at a digital agency means frequently hearing the question "Are you agile?" We hear it from clients and recruits, from colleagues and peers.

It's a tough question.

"Are you agile?" is fraught and often unanswerable because it's usually jammed with subtext; the question is really asking something else. I want to unpack the question's hidden meanings to make it easier to talk about those things rather than invoking the "A" word.

The first thing people often mean by "Are you agile?" is: Do we believe in the same principles of software development?

On the surface, this question is about subscribing to the Agile Manifesto's principles of simplicity, harnessing change, trusting motivated individuals, continuous delivery of valuable software, etc.

But digging deeper — when you consider the unspoken converse of those principles — the question is actually about values or ethics:

In other words: Are your values self-centered or user-, customer-, client-, maker-centered?

The second thing people often mean by "Are you agile?" is: Do we believe in the same approach to product development?

In current parlance, the question can be rephrased as "Are you lean?" The model is Eric Ries's Lean Startup approach, which advocates building incrementally and validating constantly:

The first step is figuring out the problem that needs to be solved and then developing a minimum viable product (MVP) to begin the process of learning as quickly as possible. Once the MVP is established, a startup can work on tuning the engine. This will involve measurement and learning and must include actionable metrics that can demonstrate cause and effect question.

The third thing people often mean by "Are you agile?" is: Can you make software development less scary? This meaning is often conveyed by the more general question, "What's your process?"

Software design and development is a black box to most people. Non-developers want development to be predictable, ordered, and describable — more like an automated assembly line.

But software design and dev is a creative, exploratory, unpredictable, and extraordinarily human endeavor. It's scary to entrust thousands or millions of dollars to the unpredictability of human creativity and problem-solving.

So people often ask "Are you agile?" or "What's your process?" as a plea to be shielded from the scariness.

My colleague Kevin likens this to surfing. People who have learned to surf monster waves don't try to control the waves or make them stop. The goal — the glory! — is to ride the wave despite the unpredictability. But some people can't handle that. They'd only surf a predictable wave that's under their control — in other words, if surfing meant something other than what it actually is.

The final thing people mean by "Are you agile?" is: What are your typical process components?

In theory, this is a prosaic question about the rituals, tools, roles, and artifacts you use to facilitate software design and development.

In a follow-up post, I'll explain why each of these meanings can be loaded, and how to defuse the discussion. But the first step is to stop asking "Are you agile?" and "What's your process?" when you really mean something else. Instead, understand the subtext of your question and ask that directly.

A Different Way to Think About Process