TTT: Too Many Cooks in the Kitchen

A lot of cooking and a little bit of competition. 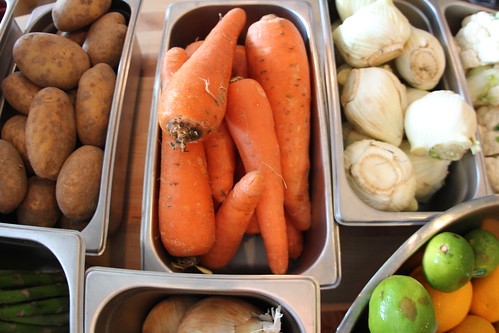 Last month marked the end of the second quarter, and per tradition we held our State of the Labs meeting and celebrated with a Viget team event. When planning an event for 40+ people, it's difficult to find activities that everyone will enjoy, but this Third Third Thursday (TTT) event proved that it’s not impossible. Both the Falls Church and Durham offices participated in some type of cooking event.

Durham spent their morning in the kitchen at Nana's, one of Durham’s premier restaurants. Cooking alongside Head Chef Scott Howell, they prepared 7 different dishes, including corn chowder, fried green tomatoes, and mushroom risotto.

Some things that Durham learned during the class:

- when boiling potatoes the water should “taste like the ocean”,

- adding a pound of butter here and there is a good move, and

- scrape the cutting board with the BACK of the knife or get reprimanded by the chef. 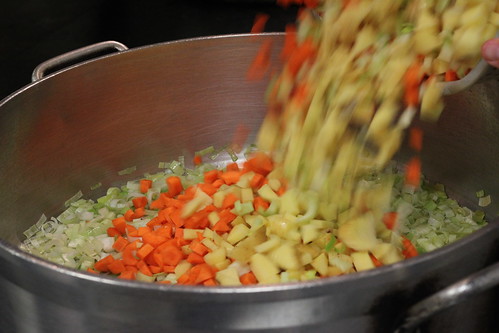 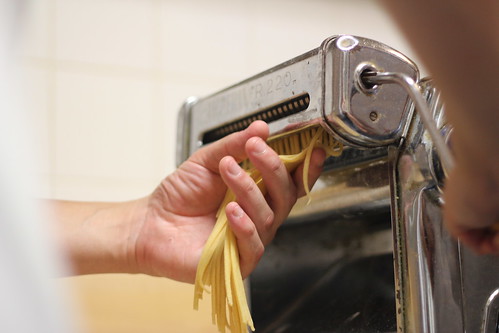 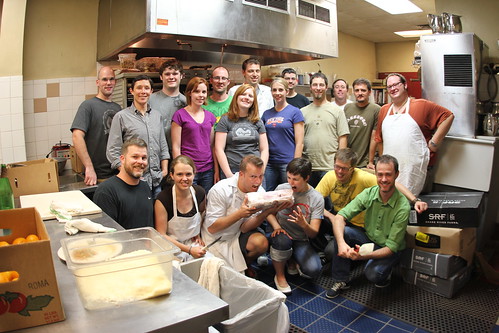 The Falls Church office added a competitive aspect to their event and participated in an Iron Chef competition at Open Kitchen. The group divided into 5 teams and developed menus and dishes around the secret ingredient -- salmon --, which were then judged.

Some of the most creative and tasty dishes were salmon cucumber wraps, mango salsa, and red wine glazed strawberries with rosemary syrup. 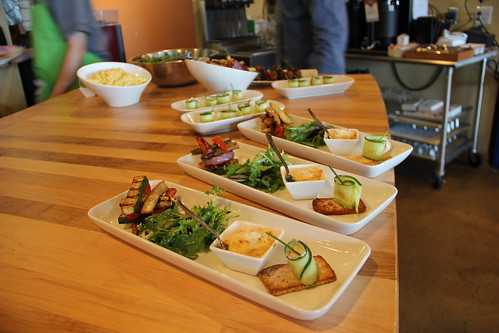 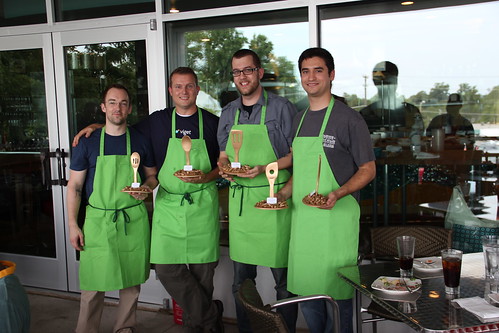 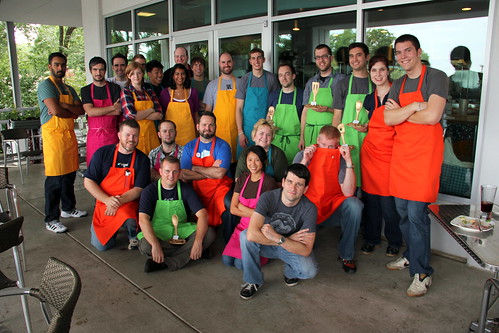 Ultimately, we learned that being in the kitchen is hard work and we’re sticking to our day jobs. Thanks Viget for letting us be chefs for a day!