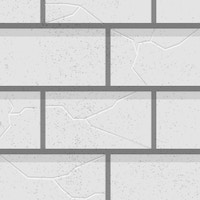 PE is based on an unstated moral philosophy, not on practical dev ideas — and that philosophy doesn't make sense.

This post sparked a lot of response, and I've written a follow-up that's clearer than this one. My tone in this post wasn't helpful, and I was too glib/literal about calling PE a moral argument. In the follow-up, I clarify my points: 1) I'm talking about the PE discussion rather than the approach itself. 2) PE is indeed a practical approach to development, but it's often talked about in moral terms. The latter is what causes the discussion to go around in circles.

We Vigets typically stay out of in-the-weeds web development battles. But I think I have a useful insight about one particular fight, so ... <grabs parachute, adjusts steampunky goggles, wheeee!>

I’m talking about the battle over progressive enhancement.

Progressive enhancement (PE) is ostensibly a practical approach to web development that calls for making a site’s core content available in HTML, and layering on CSS and JavaScript as enhancements.

The battle is about the JavaScript part.

However, some PE advocates argue — often vehemently — that despite this shift, JavaScript should still be used only as an enhancement, and that sites must work without JavaScript.

Other developers are increasingly frustrated with this argument: see the latest salvos from Nolan Lawson and Christian Heilmann. Lawson notes that these PE advocates seem to talk about progressive enhancement “as a moral decision as much as a technical one.” And Heilmann writes that “A lot of the [progressive enhancement] chatter that’s happening right now seems to be circular.”

In this post, I want to fully unpack those ideas and make the case that:

This post is not a technical assessment; I’m not a developer. But I am an expert at spotting fuzzy rhetoric and teasing out what’s really being said.

By bringing that hidden argument into the open, I hope to help break out of the circularity and ultimately make the discussion more productive.

Also, opinions are of course my own.

Let’s get right to it. Here is the real progressive enhancement argument:

Now, you won’t see that argument explicitly stated anywhere. To uncover the real argument, you have to analyze what PEers aren’t saying.

To do this, we’ll play what I call the LSAT Game, based on the LSAT’s Logical Reasoning section. In logical reasoning questions, a statement is given, and you have to identify the unstated assumption that logically connects the parts of the statement.

Let’s play the game with some pro-PE writing.

Why That Argument Causes the Circular Discussion

Assemble those unstated assumptions and you get the real PE argument: universal access to everything on the web is a moral imperative.

That’s a philosophical argument, not a practical approach to web development.

This is why the discussion is circular: Most people are trying to have that practical discussion, but PEers answer with a moral philosophy that shuts down practical considerations.

This must be endlessly frustrating for practical-minded devs. But there’s a silver lining to PEers going all-in on this moral argument: if that argument fails, they’ve got nothing left.

Why the Real Progressive Enhancement Argument Makes No Sense

So let’s flip the script for once. Let’s leave the practical discussion behind and see how the philosophical progressive enhancement argument stands up to scrutiny.

Spoiler alert: It doesn’t. Let me count the ways.

Fail 1: PEers Are Wrong About What’s Actually on the Web

PEers talk as though the web consists primarily of text and images that every human is entitled to have — a repository of universal birthright information. This is a wild misunderstanding of the modern world and the modern web.

The modern web is a primary way we access:

Given what’s actually on the web, advocating for universal access means PEers would have to argue:

Needless to say, this argument would never succeed. And it shouldn’t succeed:

Fail 3: The Moral Arguments Not Taken

The problem for PEers is that:

(PEers also often invoke the coherent moral argument of web accessibility. Accessibility is basically a non sequitur here, but it'll take a separate post or a comment on this post to articulate why. At the least, JavaScript features and client-side applications can be accessible.)

When pragmatists get sucked into this discussion, they usually try hard to be even-handed, big-tenty, can't-we-just-get-along-y. For example, Matt Griffin wrote this achingly good-hearted article for A List Apart during a previous round of PE blowups.

Griffin writes that PE “is epitomized by the ‘what about users with no JavaScript’ argument. This polarizing question — though not the entire issue by far — gets at the heart of the disagreement” (emphasis added). He takes hard-liner Jeremy Keith's pragmatist feints at face value, saying “[Keith] suggests that ... the answer is ‘it depends.’”

“One thing that needs to be considered when we’re experimenting ... is who the audience is for that thing. Will everyone be able to use it? Not if it’s, say, a tool confined to a corporate intranet. Do we then need to worry about sub-3G network users? No, probably not. What about if we’re building on the open web but we’re building a product that is expressly for transferring or manipulating HD video files? Do we need to worry about slow networks then? ... Context, as usual, is everything.”

This is wonderfully pragmatic, and most devs would ask these kind of questions when determining the technical approach for a given project. But in the PE discussion, it's also woefully naive. Because to the hard-liners, context is irrelevant. Pragmatic questions are irrelevant. The JavaScript question is the entire issue — and the answer is always “We must consider JS-less scenarios because moral imperative.”

You can see this in Jeremy Keith's response to Nolan Lawson's article. Keith writes: “Millions of people use proxy browsers like Opera Mini, which means you can’t guarantee JavaScript availability beyond the initial page load” (emphasis added). And: “I’m saying that we can build rich interactive web apps that work offline and also work when JavaScript fails or isn’t supported” (emphasis added again).

After all this, it's still all about the JavaScript. For the hard-liners, it never actually depends.

Meantime, while Griffin bends over backward to give benefit of the doubt, Keith writes things like this:

That's the circularity — and the frustration — in a nutshell: Pushing an incoherent moral philosophy in the guise of a practical discussion, and kinda being a jerk about it.

So to the PE hard-liners doubling down on “It's gotta work without JavaScript”: It’s time to step down from the faux moral high ground and finally make the case at a practical level.

And to the well-meaning devs who have felt trapped or shamed in this circular discussion: You're not a bad person if you ask the hard-liners to stick to practical arguments, and tune them out until they have something coherent to say.