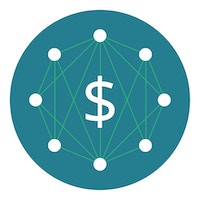 Prioritizing and improving accessibility – an issue magnified by the COVID-19 pandemic – could far outweigh the cost and liability of ignoring it, and that helps your bottom line.

We’ve all heard the reasons why business owners don't prioritize accessibility. We might even be guilty of buying into these reasons ourselves: There aren’t that many people with a disability, and people with disabilities probably don’t use my website. Only big companies have to worry about accessibility. It’s too hard, it takes too much time, and it costs too much money.

If you have a disability, you probably already understand this issue and know the value and importance of accessibility. But if you don't have a disability, these misguided concerns might just be the reason your digital properties – websites and mobile apps – remain inaccessible.

So, what if I told you that the business case for prioritizing and improving accessibility could far outweigh the cost and liability of ignoring it?

Are you missing out on a $13 trillion market?

In the United States alone, almost 1-in-4 non-institutionalized adults – more than 61 million people – live with some type of disability, according to the CDC. That makes the population of people with disabilities larger than the entire Hispanic population in the country – approximately 60.6 million people, the largest ethnic, racial, or cultural minority.

Internationally, the numbers are even more compelling. According to a 2020 Return on Disability report, the estimated number of people living with a disability globally is 1.85 billion, making it a market larger than China and the European Union combined.

When you include their friends and family, you add another 3.3 billion potential consumers who act on their emotional connection to someone with a disability. Together, disability touches 73% of consumers and controls more than $13 trillion in disposable income.

Disability touches 73% of consumers and controls more than $13 trillion in disposable income.

And those consumers, their families, and their $13 trillion are increasingly choosing to spend that money with companies that delight and wow them with their accessible experiences. So, when you prioritize digital accessibility, you're solidifying your place in a market whose buying power and emphasis on digital inclusion only continues to grow.

Are you opening yourself up to potential liability?

By ignoring digital accessibility, you might not only be losing out on a huge market – you could be opening yourself up to liability, potentially costing your business millions. According to Accessible 360, “plaintiffs win 90% of digital accessibility cases that actually make it to court, and many more settle confidentially within days.”

In 2016, Guillermo Robles sued Domino’s Pizza because he could not use their website or mobile app to order food, even with the assistance of the screen reading technology he used because of his vision impairment. Robles argued that Domino’s was required to make its digital platforms meet the requirements of the ADA.

The 9th Circuit Court of Appeals in San Francisco ruled in Robles’ favor, saying Title III of the ADA can apply to websites and mobile apps because they facilitated access to Domino’s physical locations.

Domino’s appealed and, in 2019, the United States Supreme Court declined to hear the appeal, the first time a web accessibility case had reached the Supreme Court. This decision opens businesses up to the possibility that they could be held liable if their content does not meet accessibility standards established by WCAG 2.0 AA - or now possibly the stricter WCAG 2.1 AA guidelines. As of March 2021, the case is still unresolved.

The University of Cincinnati Law Review’s analysis of the case stressed that “retailers should reformulate their websites to be in compliance with the standards of the ADA” to help what Domino’s feared would become a “tsunami of litigation.” Or they could find that the cost of inaction was much more than the cost of action.

They referenced a 2006 class-action lawsuit filed by the National Federation of the Blind against Target, arguing that Target’s website was not accessible. After two years, Target settled the case for almost $10 million, saying it would make changes to its website to make it more accessible and establish a $6 million fund to compensate the plaintiffs. A year later, the district court judge also awarded $3.7 million in attorney’s fees and costs to the plaintiffs.

In January 2020, the California Consumer Privacy Act (CCPA) went into effect, with reach that extends to websites that sell to California residents, not just companies that are located in California. That created more avenues to sue for damages because of non-accessible websites and mobile apps.

The issue of digital accessibility was magnified because of COVID-19. As the country saw lockdowns, more customers went online when they couldn’t visit traditional brick and mortar establishments. Companies scrambled to quickly build or add to their online presence to capture that increased digital market.

And that increased reliance on digital properties was mirrored by an increase in accessibility complaints. In addition to the highest number of accessibility-related lawsuits, lawsuits increased by 50% after the initial COVID lockdowns in April and May, with the numbers steadily increasing through the end of the year, even as many lockdown measures were eased.

“Customers who were previously willing to ignore accessibility issues because they could just visit a physical retail location may no longer have that option due to shut-downs, stay-at-home orders, or simply new customer preferences for contactless purchasing options,” according to an article by the McAfee & Taft law firm.

While this might not be the tsunami that Domino’s feared, it does represent a substantial increase in litigation – accelerated by more reliance on digital technology due to COVID-19 – and should be something that worries you. A 2019-20 WebAIM study found that 98% of the top 1 million website homepages have detectable WCAG failures and each homepage averaged more than 60 errors.

Making your site accessible isn’t just about making sure that people with disabilities have access, it also increases usability for everyone.

When you add captions to your video embeds, you not only help those with hearing impairments interact with the content, you help people who may be someplace that is noisy – riding on a bus – or in a quiet environment – an office or library. Captions also help everyone understand your content better, and that leads to higher overall user engagement.

When you add keyboard navigation to your website, you not only help people who may have motor impairments, you help people who are multitasking and people – like me – who prefer using keyboard shortcuts.

When you meet color contrast guidelines, you not only help people with vision problems, you help someone experiencing glare because they are using their phone outside in the sun.

When you simplify your navigation, you not only help people with cognitive disabilities, you help everyone because no one wants to waste time trying to find what they are looking for on your website.

So now that you are thinking about improving the accessibility of your digital products – with an eye on increasing market access and decreased liability – never forget that those changes help EVERYONE. Accessibility improvements are usability improvements, and that helps your bottom line.