Accessibility in the News 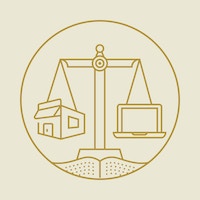 A case concerning website accessibility is going to the Supreme Court. Here's what businesses need to know.

On Oct 7th, the Supreme Court decided not to hear Domino’s Pizza’s petition concerning website accessibility. As a result of this decision, the lower court’s ruling to allow disabled people to sue businesses over website accessibility under the ADA remains. While this is considered a win for accessibility advocates, it’s important to note this case isn’t over. Guillermo Robles, the plaintiff, hasn’t won his lawsuit. The Supreme Court’s decision means this case can continue. As such, it will go back down to the California Federal District Court where the parties will continue the suit or settle out of court.

We continue to believe accessibility best practices are the best way forward for businesses. While this action by the Supreme Court doesn’t clear up all of the uncertainties around accessibility, the ADA, and mobile apps/websites, it does show that failure to comply with the ADA puts your business at risk.

Accessibility is not a new concern for web developers, but the topic has existed with a lack of legal clarity for about as long as the internet. For those in the government space, the regulations around Section 508 of the Rehabilitation Act are clear. However, for commercial websites, the law has been murky to nonexistent. In the physical world, accessibility requirements have been governed by the Americans with Disabilities Act (ADA), which was enacted in 1990 and is the reason why most public buildings have wheelchair access and elevators with braille on their number pads (to name just two benefits of the law). The internet didn't become commercialized until the early- to mid-1990s and, unfortunately, the ADA has never been revised to account for this new medium that so profoundly affects our lives.

That could be changing soon. In the last year, there has been a 177% increase in accessibility-related lawsuits and there is a new sense of urgency. Website accessibility can no longer be overlooked by any size business or organization. If you’re new to the issue of accessibility, check out some of our older articles to get up to speed on the topic and learn some steps for improving accessibility on your site.

The biggest development in this space is the simmering legal battle between Domino’s (the pizza company) and Guillermo Robles, who is blind and is suing over poor accessibility in Domino's web and mobile apps for ordering pizza. Robles claims that, as an extension of their brick-and-mortar locations, the apps should be accessible under the ADA following the concept of "public accommodation" -- a public space of a business and the services they provide have to be accessible and some digital apps and websites are extensions of that. Domino’s claims that restaurants and other businesses, like banks, retailers, and hotels, are not required to make their web and mobile apps accessible under the ADA. A federal court found in favor of Robles, but Domino's has appealed the decision and the Supreme Court will decide later this fall if they’ll hear the case.

What Are the Implications?

We've been paying attention to this case because it could have wide-ranging effects on how websites and applications are built for private-sector businesses. If the Supreme Court determines that Domino's digital products are governed by the ADA, they will be amending the law to include websites and apps as "public places of accommodation". They will also be tasked with defining what guidelines Domino's and other businesses will have to follow when making their products accessible. Fortunately, this is a well-beaten path. The Web Content Accessibility Guidelines (WCAG) has been around since 1999 and has been adopted by the federal government, the European Union, and many other countries -- it's the de facto global standard.

Domino’s has argued that this would cost millions and has had several influential organizations file briefs in support, include the Cato Institute, Restaurant Law Center, and the Chamber of Commerce. If the Supreme Court sides with Domino’s or declines to hear the case altogether, businesses may still have to comply with existing federal and state laws, but we will be left in the current murky state of nuisance lawsuits and uncertainty.

What Business Owners Need to Know

It’s important to be aware that certain law firms are using the current uncertainty to make a quick buck. While the vast majority of ADA-related lawsuits are valid, there has been an increase in nuisance lawsuits that have impacted businesses.

So what's a business owner to do? We believe that making your digital products accessible from the start is always the best approach. Whether or not there are current legal considerations, Domino's v. Robles could change that soon. More importantly, accessibility is a good business practice and a small investment in broadening your audience. We work with many clients on this subject and are happy to discuss accessibility in the context of your website. If you’d like, contact us here to get started.