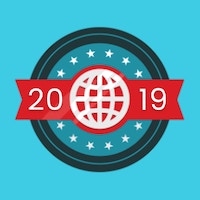 The web was founded on principles of openness. A shifting landscape of powerful forces puts that ideal in jeopardy -- and demands more of us.

The world wide web was created in 1989 by Tim Berners Lee, a researcher at the European Organization for Nuclear Research, also known as CERN. You may know it as the place that now has a large hadron collider. While working there, Tim had the idea to combine Hypertext with computer networks and the domain name system to create the World Wide Web. By 1991, the first website existed.

When Tim invented the web, he and his team recognized its potential and decided to make it open to anyone who wanted to publish or consume content. He made his idea available for free, foregoing patent or royalties, and in 1994 he founded the World Wide Web Consortium (W3C) to establish web standards. The W3C opted for standards that relied on royalty-free technology, so that they could be adopted by anyone.

The web’s founding principles of openness carried over into open-source codebases, open standards, and the defense of the web as a global public resource. Its founders recognized the power of an information platform free of explicit barriers from governments or corporations.

Viget and the Open Web

Skipping ahead a few years brings us to 1999, the year Viget was founded. Since our inception, we’ve subscribed to the open web philosophy, embracing open-source software such as Ruby on Rails and, more recently, React. We embrace an environment of sharing through our blogs and community events, and our commitment to accessibility ensures that the web is available to as many people as possible. But in the years since our start, the landscape of the web has shifted dramatically.

During my 2012 State of the Web talk we marveled at the fact that mobile accounted for over 10% of our site traffic and that the web had about 2 billion people. In the six years since then, mobile traffic has grown to account for over 50% of all web traffic. Some of our clients, such as the Bronx Zoo, see 70% of their traffic arriving on handheld devices during peak season.

The growth of mobile has been huge in the U.S. but is even more dramatic in other parts of the world. Developing nations in Asia, Africa and South America have seen huge growth in internet access with the advent of cheaper devices. While North America and Europe are approaching saturation of access, emerging markets like India are exploding.

The result is that over half the world’s population is now online in some capacity.

A handful of companies recognized these trends early and have capitalized incredibly effectively. Facebook has 2.2 billion monthly active users. By that measure, over half the online population -- a quarter of the people on our planet -- use Facebook. It has shaped the way we consume news,  the way we react to natural disasters and tragedies, and the way we interact with friends and family. As its network continues to grow and users share more and more data, it has become a tremendous asset for businesses and political campaigns, allowing them to target users in ways previously unimagined.

At the same time, Google has been capitalizing on these same trends. Its Chrome browser and Android operating systems are the most used in the world. In developing nations, Android accounts for almost 60% of all devices. Their dominance isn’t restricted to hardware or operating systems. According to some measures, Google currently accounts for 77% of all organic search traffic. As such a major gateway to the rest of the web, even small changes to its search engine, browser or OS have huge implications for the rest of the internet.

If this pie chart looks familiar, it’s because it’s also a fitting metaphor...

While it’s difficult to get perfect data, estimates suggest that these two companies may account for 75% of referrals to top publishers online. Both companies monetize this traffic through ads and have grown tremendously in recent years. Since 2012, Facebook has quintupled in total market capitalization and Google has quadrupled. Back then, neither company was ranked near the top of the largest companies in America. Now both are in the top 10.

Both companies have been leveraging their newfound capital to exert more influence in the market as well as in Washington DC. Together, they spent nearly $30M in Washington lobbying in 2018. For some perspective, that is comparable to giants in other industries such as Blue Cross / Blue Shield, Northrop Grumman and Comcast. The only other internet company in the same ballpark is Amazon.

Despite how dour some of this sounds, it is not all doom and gloom. Both companies have done a lot of good in the world and have had substantial influences on the direction of the web. In many cases, that influence is directed in positive ways to push the web toward better practices and more accessibility.

For example, in 2015, Google announced it was updating its search engine ranking algorithm to reward sites that were mobile-friendly. The announcement spurred many companies to improve their mobile offerings, leading to an improved user experience across every device type. Google was able to incentivize a better web by simply announcing an upcoming update.

Just a few months ago, they did something similar with Chrome. Google announced that the browser would flag unsecured URLs more prominently. That announcement, along with their ongoing sponsorship of the non-profit Let’s Encrypt certificate authority, means that more and more online traffic is secure.

Of course, their influence is not always benevolent. Facebook and Google justify most of their decisions by talking about an improved user experience, but it’s important to remember that they’re businesses motivated by profit and accountable to their shareholders. A couple recent cases suggest their incentives aren’t always aligned with an open web ecosystem.

2015 saw the launch of Facebook Instant Articles and Google’s Accelerated Mobile Pages standards. Both companies were tackling how to serve content to mobile users more quickly, offering a better user experience. On the surface, they created these publishing technologies to ensure streamlined, fast pages. Part of each protocol is that content lives directly on a Facebook or Google server. Its URL would be a Facebook or Google URL. In essence, a user would never leave Facebook or Google. This is a case where the public justification for this direction was consistently “to ensure a better user experience”, but it’s obvious that each company stands to benefit substantially by keeping users within their respective platform.

This movement toward a “walled garden” felt distinctly un-open to many. In January 2018, hundreds of concerned designers and developers signed an open letter about some of their specific concerns about Google’s AMP. Namely: “…only accessible to publishers that use a Google controlled technology, served by Google from their infrastructure, on a Google URL, and placed within a Google controlled user experience.” Months later, Google announced they would modify the oversight and governance of the AMP protocol to include voices from outside of Google.

In some ways, these companies exert at least as much influence abroad as they do here in the United States. In 2013, Facebook introduced “Free Basics by Facebook”, a service they promote as making “ the internet accessible to more people by providing them access to a range of free basic services like news, maternal health, travel, local jobs, sports, communication, and local government information.” The program brings free internet access to emerging economies but offers a limited set of apps and services, including AccuWeather, ESPN, and , as expected, Facebook.

Opponents of this program argue that it exploits the poor and offers second-rate internet access, likening it to “digital colonialism”. Since launch, the program has been rolled out to a huge number of users (Facebook claims over 1 billion), but some people are pushing back. Most famously, India’s population rejected Facebook’s Free Basics program and has sought solutions that offer online access without inherent limitations to creativity, entrepreneurship and innovation.

Our Role in the Future of the Web

Here at Viget, we’re engaged citizens of the web, as designers, developers and as users. It’s critical that we recognize the influence these giants have on the web’s future and, in some cases, on the work we do on a day-to-day basis. Unless something changes dramatically, they will likely grow for the foreseeable future and wield their influence to shape the future of the web. It’s incumbent upon us to keep an eye on the changes they implement.

Tim Berners-Lee, the man who invented the web, expressed his own concerns about the tremendous influence a small set of companies has on the future of the platform. He calls on web citizens to actively shape its future, calling us all to activism and optimism: