Recognizing Why and How to Recognize Work 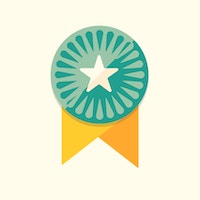 Driven, talented people are going to work hard and create amazing things no matter what. But making a habit out of recognizing work can benefit them, their work, and an entire company.

We all work hard, build amazing things, put in long hours, and generally do our best. If you’re a small company, you probably know every awesome thing your company is doing. However, once you reach a certain size, spread across more than one office, or start juggling enough projects simultaneously, some awesome things probably start slipping between the cracks.

In a sense, that’s okay. Everyone’s hard work and accomplishments are recognized every time a client pays for our work. Every month we get a certificate of appreciation called a paycheck. Every day you still have a job is recognition that you’re doing it well. Or maybe the work itself is enough. Your innate satisfaction of a job well done. But there are real benefits to making the effort to recognize work regularly and habitually.

One, there are probably projects happening in your company that are are already recognized.

They’re high profile, get spoken of often, and they eventually become the go-to examples of awesome work. But there are probably other projects that have just as much passion and dedication poured into them that don’t get much recognition. Maybe they're top secret and we can never be spoken of. Maybe they never launch. Or maybe they’re just not the most exciting thing happening at that time. Whatever the reason, more attention to that work helps everyone appreciate its own awesome qualities.

Two, the wider variety of work acknowledged and discussed at a company level, the better sense the entire company gets of what's happening.

We can all get sucked into tunnel vision when we’re busy, so it takes a little more effort to know what’s going on outside of your own project. Or if you’re like Viget, you have multiple offices and a smattering of entirely remote workers. Sharing work keeps everyone connected despite geography. And more recognition of the challenges we're all tackling builds empathy, teaches us what works, and brings us together.

A simple example of how these small acts of recognition have a big impact: do you thank the person who came into the office even though they're sick for toughing it out? Or the person who was sick and worked from home to spare their coworkers the germs? Both can be valid and praise-worthy, depending on the circumstances. But the one coworkers choose to praise most often eventually shapes how everyone in a company will react when they wake up with a sudden suspiciously sore throat.

So recognizing work is good for us individually and good for a company. But how to do it? Here are few potential ideas that may work for you. Some of which we’ve adopted at Viget, some other companies do, some that just sound cool.

At the end of projects at Viget, we have a couple official retrospective meetings. One with the project team alone, a second with management and anyone interested in lessons learned on said project. They’re a great way to make sure we improve with every project. But they can be serious, like any meeting that involves budget spreadsheets tend to be. That’s why project managers like Becky started retro happy hours. If an entire team is in one location, this may be an actual get-outside-the-office happy hour. But more often, retro happy hours mean Becky brings in treats and the favorite beverages of a project’s team members, and sends treats out to any remote team members. Then everyone gets together in a Google Hangout to casually celebrate the project. We reminisce about the bad days, the biggest surprises, and what we’re all most proud of. They’re a nice way to end every project on a high note and bring the whole team together one last time.

Focus Lab bestows team members with embroidered patches every quarter for things like going above and beyond, getting through a long project, being a client whisperer, or just staying positive through adversity. I love this idea, possibly because I just want to design embroidered patches.

Bonusly and HeyTaco! are both examples of promising new tools that get everyone involved. Essentially, they both integrate with Slack to make recognizing work more measurable, visible, and fun. Everyone in a company is allocated a set amount of points (or taco emoji) for a set amount of time. They can then be doled out through Slack as a show of appreciation for help, hard work, whatever you think deserves a point or two. Everyone sees notes about who gave out points to whom, as well as what was point-worthy. It’s like finally having Hogwarts house points, without having to attend a Potions class. Eventually points can be exchanged for things like treats, food, or gift cards.

Or jump directly to the treats, food, and gift cards.

At many places, when a manager sees someone, or a team of someones, burning the midnight oil in the office, they’ll get a pizza delivered to let them know their commitment is appreciated and acknowledged (and y’know, so they don’t starve). For a company like Viget, with three offices, remote workers scattered across the country, and people often working from home, it’s no longer quite as easy to literally see every late night that happens, or that time someone had to handle a sudden crisis on a Saturday afternoon.

But other team members notice those crazy timestamps on Slack messages. Project managers know who came through on those Saturday afternoon meltdowns. Giving team members the power to occasionally send each other gift cards to their favorite restaurants, or a delivery of local baked goods is a potential way to spread that same appreciation and acknowledgment, without everyone needing to be in the same physical office. (There are probably examples of this that don’t involve food. But Viget is very food driven.)

At the end of the day, what gets recognized and praised is the work that people choose to continuously talk about. So ideally the easiest answer would be for everyone to self promote like crazy. Shameless self promotion is something we all need to be at least a little comfortable with. But I personally don’t love the idea of being my own hype man 24/7.

So instead, I suggest trying this: talk up someone else. Someone who you don't think is getting the attention they deserve. Give them praise directly. Mention the cool thing they're doing in meetings, in Slack, everywhere. Repeatedly. Ask them to do casual lunch and learns to share their work. Be a cheerleader. If you’re intentional about it, it’s an easy habit to pick up.

So while it's true we're all just doing our jobs, and we’ll do our best regardless, a little bit of cheerleading when it's due could go a long way to show appreciation and admiration, build relationships, and maybe even shape who your company is.