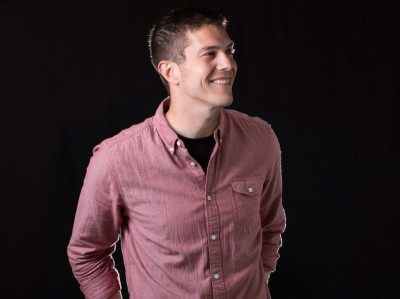 A question that plagues startups from day 1 is: how am I going to pay for anything? There are numerous different capital structures and forms of investment, but it seems like the hot topic is making the case for IPOs. While it seems like the next best thing to sliced bread for many, I sought to answer the question: is going the IPO route really worth it for startups?

Most of my college education was focused on econometrics and statistics, so instead of attempting to provide anecdotal case studies (which can vary drastically), I sought to collect data and provide empirical evidence that would provide insights on whether the act of an initial public offering (IPO) would increase or decrease operating return on assets (a measure of efficiency) and revenue (a measure of growth). This post summarizes my findings.

Previous studies (mostly attributed to a 1994 study described in "The Post-Issue Operating Performance of IPO Firms"), concluded that operating performance for IPOs declines significantly in relation to industry operating performance during those same years, while growth in sales, capital expenditures, and asset turnover increase. What does that mean? It means the efficiency of companies that go the IPO route become less efficient but grow faster than their competitors.

Makes sense right? With an inflow of a large amount of new capital, companies will invest in much more aggressive growth. You could see this with any of the recent tech startups like Facebook, LinkedIn, and most recently, Pandora. But with an IPO comes increased bureaucracy and power distance, making them less efficient.

However, previous studies talk about IPO trends. No link between the actual IPO and their effects are supported. In addition, most IPO studies are outdated and hardly relate to today's highly changing tech industry. I sought to determine if there was any causality by using a method called Ordinary Least Squares (OLS) regression in relation to recent IPOs, which does a very good job of determining cause and effect.

The act of going public is significantly connected to competitive efficiency (operating return on assets as compared to the industry average) during only the period from the year before the IPO to the year immediately following the IPO. Contrary to previous studies, this effect is in the positive direction, meaning the IPO causes companies to become more efficient than their competitors (specifically by $4,739 more for every $1 of assets).

Startups are constantly asking what the next step is. Whether it's regarding ownership, going for another round of investment, or hiring more employees, the answer is often unclear and based on impulses - not data. But using data can be one of the best methods of determining which answers will have what effects. In this case, the question is: should we go public? Just because everyone is doing it now, doesn't mean you should too.

The question you should really be asking yourself is: what are my goals? As a startup you have the power to determine your own future. With a decision such as going public, you lose a lot of that freedom by multiplying your stakeholders exponentially. f your goals lie in keeping a small company culture and atmosphere that you have complete control over, going public may not be for you. But, If you're out to make a bucket of money for you and your employees, the answer may find itself in this study, as the numbers indicate than an IPO will increase your revenue and your efficiency relative to your competitors.