How to Pull off a Pointless Crime 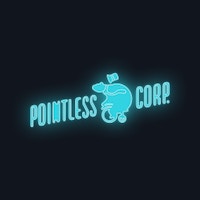 Building an escape room experience in one Pointless, pizza-infused weekend.

It’s the most wonderful time of the year. There are tiny Christmas trees interspersed throughout the office, folky holiday tunes on the speakers, and tubs of special popcorn in the kitchen. But most importantly, there’s Pointless Weekend.

If you’re unfamiliar with the origins of Pointless Corp, read this. In brief, Pointless Corp is neither pointless nor a corporation. It’s a chance for Vigets to come together like techy Seuss Whos and create amazing things. We brainstorm ideas, and work in teams to bring them to life over the course of one magical weekend.

Our team (consisting of two developers, a project manager, a digital analyst, a designer, and a copywriter) wanted to create an escape room experience users could play on their phones. We referred to it as “Dial M for Murder” — but the title, like so many aspects of the game, changed rapidly once we got started.

We realized immediately that iteration would be essential. We had an ambitious though broad idea, a large team, and little time. While bringing many disciplines together at the same time can be tricky, in this case, it allowed us to move through concepting quickly. As we brainstormed, we could get immediate feedback on feasibility from our designer and developers.

This became especially important when deciding on the overall setting for our escape room adventure. Through rapid prototyping, and responding to ideas with “yes, and” instead of “I don't like that,” we went from a retro-futuristic 1950s diner with interactive jukeboxes, a robot waitstaff, and time travel, to a shady 1980s motel. This setting, we knew, would be interesting and engaging without requiring a week of design and development work.

From the outset, we knew we wanted three things for our app: we wanted it to be multiplayer, we wanted to build features that would engage user’s phones (tapping, shaking, etc), and we wanted an accompanying plot that would provide an engaging structure for each task. Working with the developers, we were able to create a list of features we could conceivably build in time. We then reverse-engineered the plot, building it around the features. For instance, we knew we wanted people to tap their phone screens, so part of the story involved a night manager who loved E.T. and spent perhaps too much time at the movies.

And, of course, a crucial part of bringing the story to life involved visual design. We wanted to replicate the immersive environment of a real-life escape room...but we had only one visual designer, and one weekend in which to complete designs and build them out. In the end, our designer used a combination of imagery, fonts, and colors to create a world of synth-y seediness that didn’t require extra development time. We paired this with copy that matched the bold, playful, slightly edgy feel of the design. The result teased the user’s imagination, inviting them to visualize the setting and characters themselves.

In between gulps of egg nog this holiday weekend, we invite you to grab a friend (or foe) and take No Vacancy for a spin. If/when you successfully complete the mission, don't forget to check out the other brilliant project born out of Pointless weekend — Emojionary.