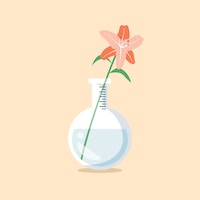 When it comes to ethics, here is what UX research can learn from academic research.

A conversation on ethics is often the equivalent of “eat your vegetables” in the tech and design world. We rightfully know the benefits but our practice is often far behind. Instead we find ways to avoid the conversation, relegate the conversation to moments of crisis and, dare I say, ignore it altogether in favor of designing cool things and/or eating ice cream.

In the last few weeks, the UX team at Viget has been mulling over what it means to have an ethical UX practice. We're all in agreement that centering ethics leads to better designs and better tech.

As a UX researcher with a background in academic research, the conversation around ethics takes on even more dimensions. In the academic world, every research project that includes people must receive the approval of an institutional review board (IRB). The IRB is tasked with assuring the ethical soundness of every research project. Though it is by no means a perfect system, it is a system built on important lessons. There is much to learn from the ethical considerations in the academic research world.

One such notorious case is the Tuskegee experiment conducted between 1932 and 1972.

The Tuskegee experiment was an ethical nightmare in the world of biomedical research. The study was designed to observe untreated syphilis over time. A group of African American men in Alabama were recruited into the study, and only told that they would be receiving free health care from the US government. The study lasted for 40 years without the knowledge of the men, most of whom did not even know they had syphilis. Over time none of the participants were given treatment and ultimately many died either from syphilis or related complications.

While often times UX researchers are not necessarily dealing with these sort of large scale research projects, the digital world is not immune to the same kinds of unethical decisions. In 2014, Facebook was widely condemned after the world caught wind of their 2012 study which manipulated nearly 700,000 users’ newsfeeds to see whether it would affect their emotions. They conducted these studies without any informed consent from users. The study validated that manipulating people’s feeds did in fact impact the viewers emotions and mental state. There was no consideration during the design of the study for the potential impact on users who might have been negatively affected nor safeguard for possible psychological distress.

The fact is that UX researchers are dealing with people and with that comes real and important ethical considerations. The Tuskegee experiment would come to dramatically shift the landscape of research in America, ultimately leading to the creation of the National Research Act. This in effect created Institutional Review Boards (IRBs) to protect human subjects from physical or psychological harm.

Though UX researchers are not required to subscribe to IRB standards, there are many ways in which we can hold ourselves accountable.

Here are 6 takeaways to consider in order to practice ethically sound UX research:

Treat your users with compassion.

The Tuskegee experiment researchers willingly watched for 40 years as participants died and infected family members. This was a clear example of lack of compassion.

Treating your users with compassion is about recognizing their value beyond your research needs. This can be as simple as ensuring that interview slots for usability tests and user interviews are scheduled after work hours.

View your users as competent.

When conducting research it's important to view your users as competent. Always function from the perspective that users have their own capabilities and wisdom.

For instance, when conducting a usability test, value all the ways a user uses a tool, even when it isn’t how you envisioned.

Allow your users to consent both before, during, and after your research.

No matter how benign you believe your study to be, take the time to get informed consent from your users. A user should always be crystal clear on what they are consenting to. In both the case of the Tuskegee experiment and the Facebook study, the involved parties were not informed of the study or given an opportunity to consent.

Be honest with your users about the purpose of your research.

Protect the privacy and confidentiality of the users you speak with.

Many times in the course of speaking to a user, a user might reveal personal and vulnerable information. It is important that you ensure that any data you collect is non-identifiable in order to respect and honor your users' privacy. As the General Data Protection Regulation (GDPR) and The California Consumer Privacy Act (CCPA) demonstrates, we exist in a world where data protection is high in mind. In a digital world, data is an important and a sensitive thing. As UX researchers or someone conducting UX research,  it's important to ensure that your data collection methods keep data protection in mind.

Respect the life and the dignity of every user.

Ultimately, at no point should you engage in research you believe will in any way undermine the life and dignity of your user. Conducting UX research is about learning the behaviors and motivations of your users. When you conduct research you are entering into an often brief but important relationship. You must honor this and ensure that your process is not one of simple data extraction but rather one of honoring the gift of information you are gathering.

Ethically sound research is in essence about being honest, doing no harm, and valuing your users. Even in the fast-paced world of UX research, we need to dedicate time to reviewing our practices and ensuring that our research is grounded in ethics.