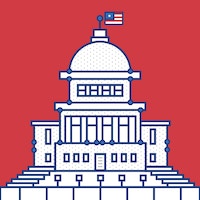 Nine CEOs give lessons from 2016, predictions for 2017, and why DC is a great place for startups

Many agree “DC Tech” is a fuzzy term.

That’s why Adam Zuckerman, cofounder of creative community Fosterly, conducted a regional census of the startups in the DC area in November 2016 to better understand the current ecosystem.

At the time of this writing, there were a total of 217 respondents to census, according to Zuckerman.

The full results of the survey are yet to be published (early 2017) but some early statistics indicate a healthy startup ecosystem in DC:

In general a sense, most would agree the DC startup world is blossoming. But, specifically who is carrying the torch? Which players are leading the charge?

Based on a healthy mix of growth signals (money raised, employees hired, etc.) and a gut sense as a member of the local community, Viget reached out to the following CEOs of the top nine startups in Washington DC:

Below are the common themes, patterns, and biggest takeaways from the CEOs’ responses.

Although Virtru, the DC homeborn cybersecurity startup, tripled its business in 2016 and raised a $29 million Series A, it’s gearing up for an even bigger year in 2017. CEO John Ackerly said, “For us, 2016 was really the year that our category, business privacy, really came into its own.”

Dan Berger, CEO of event management software company Social Tables, explained the biggest lesson of 2016 was the importance of establishing systems. “My approach to company building was all wrong,” he said. “Basically, I was focused on every challenge I faced instead of putting together the systems for dealing with all challenges.”

For fast casual pizza chain &pizza and reverse logistics platform Optoro, the past twelve months were about solidifying the company pillars.

It was no small year for &pizza CEO Michael Lastoria. He celebrated the company’s four year anniversary and announced the expansion into NYC with a $25 million funding round. Reflecting on 2016, Lastoria attributes the growth to the four pillars of the brand: Tribe, Guests, Innovation, and Design+Brand.

Similarly, award-winning Optoro CEO Tobin Moore said, “2016 was all about the fundamentals for Optoro.” It meant having the best possible in three areas: technology, team, and partnerships.

A common thread between all the responses for 2016 was the importance of relationships. While each CEO cited their teams and partners as critical components to their success, Allen Gannett, CEO of marketing analytics startup TrackMaven, also relayed a lesson from a rather moving experience. “2016 was a year of self-reflection for me. Late this year, I lost an incredible friend, mentor, and board member. Losing him made me realize that the people I surround myself with are the single most valuable resource in my life — both personally and professionally.”

In the wake of the presidential election, Mike Baird, CEO of telehealth startup Avizia, is preparing for whatever 2017 may hold. “The first six months will have everyone in the DC Metro area, and in virtually every industry in America, in a “wait and see” approach on the new administration.” He went on, “Whether you are in healthcare, defense, tech, manufacturing, or something else, I don’t think we have ever had more of a question mark about what is next. No one really knows if it will be good or bad – just definitely different. We all hope for great.”

The most prominent theme of 2017 in the eyes of all the CEOs is growth, primarily in three main areas: new team members, new products, and new markets.

Mapping platform Mapbox CEO Eric Gundersen reported the company broke 200 team members in 2016, making them 50% bigger than they were in January, and setting the stage for four major growth initiatives in 2017: expanding into China, releasing a games SDK, entering virtual reality, and Mapbox Cities — partnering with cities around the world to help solve urban challenges with data.

Social Tables is also launching new products. “We're quadrupling our product count from one to four so we're very excited about that,” said Berger. “Year 2017 is also looking like an important growth year for us. We're doing everything we can to prepare for growth, scale, and longevity.”

While some are releasing new products, others are stepping into new markets outside of Washington DC.

Logan Soya, CEO of real estate energy management startup Aquicore, said, “I am more excited about the future of Aquicore as a company than I have ever been. We're looking forward to growing our market presence across the country. Be on the lookout for upcoming announcements, including entirely new functionalities to Aquicore's platform.”

Led by CEO Kevin MacDonald, Kit Check is bringing its hospital restocking solutions to over 300 hospitals now and is seeking to increase that number in 2017.

More than just expanding out of homebase, Michael Lastoria is gearing up for big changes with &pizza. “2017 will be as much about restaurant growth and new market entrance (NYC) as it will be about preaching our gospel and fighting for a fair wage, among other relevant social issues,” Lastoria continued, “to not only raise up the federal minimum but to raise up our entire country.

For Allen Gannett, the future is about marketing freedom. “Marketing teams are under the microscope in the C-suite because they’re perceived as a cost center rather than a driver of the business. Our singular mission is to give marketers the ability to tie every single one of their programs, campaigns, and pieces of content to hard ROI.”

“It's an exciting time at Virtru,” said John Ackerly, “We've just inked a partnership with Google to become their exclusive recommended partner for encryption. We expect this relationship, along with our momentum with large enterprises to drive a record year.”

The clearest trend in the answers to the third question, “Why DC?” was access to a smart, passionate breed of talent.

Gundersen at Mapbox pointed out that being in DC has helped them find people who care about improving the world. “Whether it’s fighting famine in Africa or helping first responders provide aid during natural disasters in Haiti, Pakistan, and other countries,” Gundersen said. “Growing our team in DC has helped us find many like-minded people to push even harder to carry this out.”

“DC is a fantastic community of entrepreneurs,” said Mike Baird of Avizia. “I have met so many supportive and helpful CEOs from excellent companies like WeddingWire, Social Tables, ID.me, GetWell, Framebridge, 10Pearls and more. Whether we are swapping notes or sharing stories from the battlefield, I love being involved in such a vibrant and growing community.”

Kevin MacDonald at Kit Check values the diversity of backgrounds that DC brings together. MacDonald said, “Lots of really smart and talented people come from all over the place. Our business requires people with different types of functional backgrounds, and DC is great for that.”

Lastoria sees an awakening happening in DC right now. “DC is only just now uncovering sides of itself that have lay dormant for a long time. Because the city has been so dominated by politics for so long, nobody seems to have realized that DC is a culturally vibrant, diverse, artistically progressive town. This city is coming of age right now, right before our eyes, and it’s doing it in the way all the great cities in this country have done it — by uncovering and expanding itself, one neighborhood at a time. It feels great that &pizza is a part of that artistic, cultural, and gastronomical exploration.”

Optoro co-founders Tobin Moore and Adam Vitarello and Virtru co-founders John and Will Ackerly all grew up in Washington DC, bringing a special satisfaction to prospering where roots were first laid amongst a network of lifetime mentors and supporters.

Dan Berger at Social Tables sums up the value proposition of DC in a sentence. “Access to an outstanding employee pool, being in the heart of the hospitality industry, and living in a city that has everything NYC has to offer at 1/10th the size.”