Autonomy and Accountability: How Leaders Achieve Miracles With Their Teams 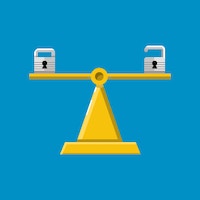 Earlier this year, Quartz published an article by Belle Beth Cooper entitled The key to happiness at work isn’t money — it’s autonomy, in which she explains how employees are happier when they are trusted with “the reins”: by feeling in control of their own destiny, employees are more motivated and productive at work.

Similarly, Charles Duhigg, New York Times best-selling author of Smarter Faster Better: The Secrets of Being Productive in Life and Business, stated that a person’s motivation expands when he or she feels in control.

Cooper and Duhigg both allude to the rise and importance of autonomy in today’s workplace. Remote working is up 37%, reports Gallup. According to a survey by employee engagement firm TinyPulse, 91% of remote workers believe they “get more work done when working remotely,” compared to only 9% who feel they don’t.

While it seems to be popular (and working) at most companies, is there such a thing as too much autonomy? A kite without a string will never return. A train without tracks will derail and crash. A boat without a rudder will get stuck floating out at sea. At what point does too much autonomy become detrimental to an employer? As you’ll read below, companies will often package autonomy with accountability to flourish.

Andrew Willis, VP of Ecommerce Technology at CustomInk, an online custom apparel and accessories company headquartered in Fairfax, Virginia, said, “I don't see autonomy and accountability as different forces that need to be balanced. If anything, I see them as tightly supporting each other. If I understand what you are accountable for, and there's a level of trust between us, it's much easier for me to let you work autonomously."

Before going further, I want to point out the deeper quality Willis mentioned in order for autonomy and accountability to work: trust. Without trust, autonomy cannot exist, and therefore the need to control the specifics — to manage closely — arises.

Willis illustrates the problem with controlling the specifics:

“Let's say you ran an ecommerce site, and you believed that customers that were well-educated about your product were particularly valuable. That might lead you to shoot for customers making purchases from your newsletter as a desired outcome that you tracked. A feature that might come from that would be to implement an email capture on the homepage that pops up as soon as you land on the site. While that is a specific feature you can give to a team, if instead you ask them to drive newsletter subscriptions up by 10% in the next two months, you can give them more autonomy to choose a feature that could do that and implement it such a way that really moves the metric you are interested in.”

Instead of deciding for them and missing out on their unique ideas and talents, Willis empowers his team to decide how to accomplish the goal simply by outlining desired outcomes and extending trust.

Simon Tchedikian, CEO of Sevenhugs, a smart home technology startup in San Francisco, concurs with Willis, “At Sevenhugs, we believe freedom and accountability come together, where almost every rule or limitation can be replaced by accountability.”

At SevenHugs, as long as the desired outcomes are communicated clearly, then the paths towards achieving them is an open meadow. The team is empowered to decide the means to achieve the end.

“It’s extremely hard, but when done correctly, the whole team is self-challenged and can achieve miracles.”

While autonomy can yield high results as Tchedikian suggests, there is a common pitfall of the autonomy and accountability system that San Francisco startup founder of Fictiv Dave Evans knows well.

Fictiv is a distributed hardware manufacturing company with twenty-six employees in four teams. Evans said, “Because the company is small, everyone knows what’s going on, and I’m proud of the high level of transparency in the company.” With everyone wearing so many different hats, it’s critical for Evans to keep his agile team operating like a rowing crew.

As a former division one athlete on the rowing team, Evans knows the value of working together in unison. He said, “If a rowing team has too much autonomy, and everyone went at their own pace, the paddles will collide, people will get frustrated, and the boat will hardly move forward. But together, in unison, the boat can fly smoothly and win races.”

Evans’ stated that the key to a culture of autonomy and accountability is not just clear desired outcomes but structured expectations.

Andrew Willis said, “I think teams often feel that autonomy implies a lot of independence, and they don't do enough work to stay close to stakeholders around a project. Autonomy doesn't have to imply this independence though.”

Willis cited an example of structured expectations from another domain, autonomous vehicles.

“I'm personally really excited about a car that can drive me where I want to go without my involvement. But autonomy in this example doesn't just imply the car can get from A to B; it has to operate well within our overall environment."

"Autonomy in this example doesn't just imply the car can get from A to B; it has to operate well within our overall environment."

Willis continued, "The car needs to observe the rules of the road, be predictable for other drivers, etc. So autonomous doesn't mean it can do anything it wants, but rather it works well within it's environment. And just like these cars will be trusted more and more as we are around them, I think teams that can work well within their larger environments can build increasing levels of trust if they can stay transparent in their work and seek to understand the (often unstated) rules and expectations of their organizations.”

How to establish structured expectations

The best way to establish structured expectations is to implement processes and systems — operating frameworks strong enough to reinforce expectations but loose enough to allow autonomy in a way that works well in your organization’s environment.

At Fictiv, everyone has an AOR, an Area of Responsibility, and KRs, Key Responsibilities. A new employee’s AOR is set during the first month. “AORs come from your job description, yes, but then you can take some hats off of current employees. KRs are set on a quarterly basis. KRs are big goals, not limited to quantitative numbers like web sessions, etc. KRs are examined and readjusted each quarter. “We want our employees to feel like they can explore but they also are accountable to hit these metrics.”

Furthermore, Fictiv operates on a project-based structure using the DACI model. DACI is a framework first developed at Intuit and designed to help teams improve their decision making process. DACI (pronounced day-see) is an acronym for Driver, Approver, Contributor, and Informer.

To learn more about the DACI framework, read this article on the Fictiv blog.

“At Teem, we subscribe to the OKR (Objectives and Key Results) model to determine what outcomes we want to shoot for in a particular period,” said Ritchie.  “Of course, those OKRs are in public view, so if we achieve the desired outcome, everyone knows it. If we didn't, then everyone knows what the results are.”

He concluded, "Balancing autonomy with accountability can be tough, especially with teams not as binary as ‘did you hit your number or not?’”

There is no universal system or process that is the singular best. It’s different for every company. That’s what makes it one of the greatest challenges for a CEO; it takes time to find the autonomy and accountability model that works for your specific company.

Tchedikian said, “Giving autonomy and accountability is a way to give more freedom to everyone in the team but more importantly it makes the team so strong that anything becomes possible.”

How does your company handle autonomy and accountability? We would love to hear about it in the comments below.

Big thanks to the CEOs who contributed their thoughts to this article.