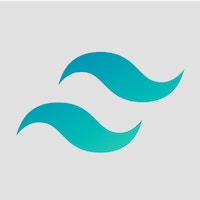 As long as the browsers you support support it.

For developers using Tailwind CSS v3 (so developers not supporting Internet Explorer; Tailwind CSS browser support docs) the notable risk is desktop Safari 14 and mobile Safari on iOS 14 (caniuse page for aspect-ratio). Global usage is dropping as more and more users upgrade to version 15, and it won't be too long before iOS 14 disappears from new contracts, visual QA checklists, and browserlist target configurations.

As of this writing, Viget is in a transitional phase: our UI developers — early Tailwind CSS adopters and still true believers — have become accustomed to the ease of using .aspect-… classes on the newest work where full iOS support starts at 15 (with very good to excellent experience on 14), but we do also still have active projects where iOS 14 is fully supported. On those projects we want to use Tailwind CSS's aspect ratio plugin, but we can't.

I recently happened on a single-selector aspect ratio solution that makes clever use of floated pseudoelements. Credit to https://github.com/takamoso/postcss-aspect-ratio-polyfill

Single-selector?? That got me thinking that a Safari 14-compatible aspect ratio plugin might be possible. Ideally it would

Here's my solution, in the context of a Tailwind CSS configuration file:

Try it and heart it on Codepen. Try it on Tailwind Play.

This plugin enhances Tailwind CSS aspect ratio classes with support for Safari <15. Use it on projects that support older versions of Safari. When the projects drop support for those browsers, remove the plugin and the corePlugins.aspectRatio; CSS weight will decrease with no markup changes necessary.

You're welcome to use this plugin in your own projects! Its license, which requires attribution, disallows commercial use without prior agreement, and disallows use in projects which violate human rights, can be found at the gist.