Your CMS is Probably Vulnerable to Privilege Escalation Attacks 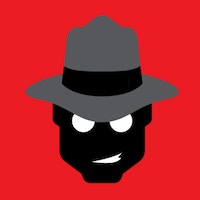 We recently discovered an easily exploitable, vertical privilege escalation vulnerability in every popular, off-the-shelf CMS that we tested.

The lesson: CMSes either need stronger security around user permission updates, or to backtrack away from the convenience afforded by allowing raw HTML editing and publication from non-admin users.

What is a privilege escalation attack?

A privilege escalation attack is the process of exploiting a bug, insecurity, or poor configuration to increase your level of access within a system. Through such an attack, a user who already has a limited degree of access to a CMS can assign themselves the unrestricted access.

Which CMSes are affected?

Just about every CMS that provides unfiltered HTML editing capabilities to non-admin users is vulnerable to XSS-based vertical privilege escalation attacks, even when CSRF protection is in place. We personally validated the attack against Craft, WordPress, and Drupal*.

The vulnerability was responsibly disclosed with exploit samples to each security team in April 2016. The Craft security team immediately responded by releasing a fix for the exploit as a critical update, and is no longer vulnerable in recent versions.

*Note that in its default configuration, Drupal is not vulnerable to this attack as the administrator user role is the only role able to author unfiltered HTML, however nearly all organizations we've seen use a more complex system of user roles and permissions which increase their susceptibility to this attack.

What is the outcome of the attack?

The attack is a straightforward XSS exploit.

I: The Exploit Script

The exploit revolves around exploiting the trust that the CMS has in the browser of an admin user. An attacker needs only an elementary understanding of JavaScript and HTML to create a script that silently issues a request to the CMS to update their user account with increased permissions.

With the exploit script in hand, an attacker can drop the script anywhere in the CMS where unescaped, unfiltered HTML is displayed. (This is almost everywhere in most popular CMS configurations.)

Some doubt that attackers would be so bold as to place obviously malicious code directly into their own blog posts or page updates. Keen attackers, however, will obfuscate the intention of the exploit script before deployment to avoid detection, perhaps through minification and encoding.

Still too obvious? How about:

After the exploit has been deployed, the attacker now needs only to guide an admin to the deployed exploit. Unfortunately, common CMS workflow practices make this insanely easy.

Once the target hits the deployment, the script executes in the context of the admin's session. The CMS trusts the target's session, so it fulfills the permission escalation request without hesitation.

The attacker is now a system admin and the target is none the wiser.

Defending Against the Attack

Being attacked sucks. Fortunately there are steps each of us can take to protect ourselves and our teammates from this sort of attack.