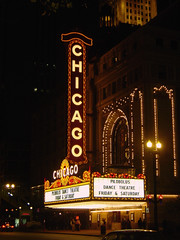 This past weekend, Ben and I travelled to Chicago to speak at Windy City Rails. It was a great conference; highlights included Dean Wampler’s discussion of functional programming in Ruby, Noel Rappin’s talk on handling difficult-to-test portions of your applications, and our own Ben Scofield’s very polished presentation about modeling difficult domains. This was the second time I’d seen Yeduda Katz’s keynote on the history and future of the Rails framework, and that the talk has come so far in the last three months says promising things for the progress of Rails 3.

Speaking at Windy City Rails was just as much an excuse to hang out in Chicago as it was a chance to share knowledge with the Ruby community. We knocked out the major food groups on the first day, and I set aside a few days after the conference to wander the city. Big thanks to the conference organizers and attendees. Videos of all of the talks will be appearing on the conference website soon.