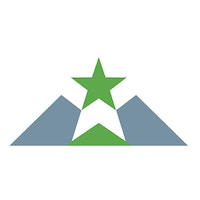 I spent the past week in Boulder, Colorado reconnecting with the web / tech / VC community here and spending time at TechStars, the local startup incubator. The highlight of the week had to be Micah's presentation at the Boulder/Denver New Tech Meetup on Tuesday, where he showed off Lijit and got some real-time feedback from the near 300 folks in attendance about some of their revenue generation plans. His reassurance of the types of ads they'll be displaying -- and, more specifically, an example of what they won't be -- brought the house down.

On Thursday, I teamed up with Kevin and Jeff from Slice of Lime, and talked with the startup companies about user experience. We covered our respective processes and the Slice guys went through some client examples. I kicked around seven points that seemed relevant to the small, fast-moving teams:

Since most small teams rely solely on intuition when defining interactions and are focused on speed, I summed up the talk with this:

Good UX planning should accelerate your progress, not slow you down.

It was my second year visiting TechStars, and once again I had a blast -- David and the other founders have done a great job with the program.

While it's hard to cover much in just a couple of hours, hopefully we gave the teams a few things to think about that will help them build a successful business this summer.