The Culture of Self-Reflection 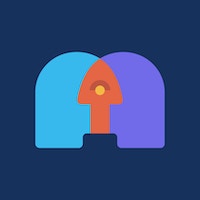 Writing a reflective blog post about the process of self-reflection seems like it could easily take a confusing turn, but I’m going to go for it anyway. I just finished a 10-week apprenticeship in digital project management at Viget HQ in Falls Church, Virginia, and I have a lot to think about.

When I started at Viget I was briefed on digital agencies, project management tools, the processes of each team, general company information, and each project my mentor was leading—all in week one. It was a challenge to find any white space in my calendar, which became a pretty common theme for me. Despite the business of those few days, I had the first of many chances to pause and digest everything I had learned so far.

Each week during the apprenticeship, I sat down with my mentor for 45 minutes to talk about the work I was doing: What did I learn this week? What did I still need experience in? What didn’t I understand? What was I enjoying? It was a moment for me to ask any questions I needed to, explain how I felt about something, or just think out loud.

It wasn’t a coincidence that this has become such a part of my daily life. Viget has an intentional culture of frequent reflection. The apprenticeship program had built-in weekly one-on-one meetings with my mentor, Grace; bi-weekly meetings with Amanda, who directs the apprenticeship program, and Kelly, Project Management Director; and a mid-point check-in with People Director Emily Bloom. It was essentially an accelerated version of what Viget does with full-time team members—frequent meetings with your director to assess project and professional development progress, coupled with annual reviews with senior leadership.

Retrospectives are also a part of the internal team process for every project. I participated in and led a few of those meetings during my time here, and it was a good way for everyone on the team to express what could be improved in the project processes as well as what was already working. For example, the copywriter and UX designer on a content strategy effort wanted some more collaboration time built into their calendars. That was an easy organizational change that might not have been fixed if there wasn’t room to express it.

I also got to experience a TTT in my first week, a company-wide meeting where everyone reflects on Viget’s progress as a whole. It was great to participate in those discussions as someone so new to the company because I felt like I got to see the big picture of what everyone was doing.

This process of self-reflection has become such an ingrained part of my routine that I don’t know what I’m going to do without it now that my time at Viget is ending. It’s up to me to plan my own time to re-evaluate my goals and assess next steps. As a student, my progress was always tracked through grades and test scores. My time as an apprentice has taught me the importance of goal-setting, reflection, and measuring my own progress.

It’s also important to reflect on interest and to not be afraid of changing direction. There were many times when I decided to shift my focus from one project to another because I felt like I was getting more out of my involvement in the second project. If I never had that time to think deeply about different aspects of the apprenticeship and my career as a whole, I think I would have learned a lot less about the work I was doing and about myself.

I got some advice early on that I tried to hold onto: don’t worry about the impression you’re making here; worry about learning as much as you can from the people around you. I especially thought of this advice when my self-reflection threatened to turn into self-consciousness, and I worried too critically about my own progress. This is where I would caution against over-thinking to anyone who wants to focus on professional development and self-improvement, but tends to lean toward a Type A personality like I do. Know yourself, understand your goals, and keep moving forward. That’s the only way you’re going to learn.

I’m hoping to take the introspection tools I learned here and use them in my future as a project manager, where I’ll be asking internal teams to reflect on their work as well. Setting aside time each week for reflection should be encouraged in every profession, and I’m glad I got this guidance so early in my career.