Talk Like a Man. Or a Llama. Or Jennifer Lawrence. 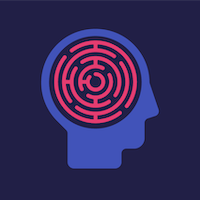 Voice and tone: what it is, why it's important, and how we can help you create one.

What do you think about when you think of “brand”? Is it a logo? A name? Color palette? If so, you’re on the right track, but you might be missing something. Because when it comes to brand strategy, there’s one element we often overlook — voice and tone.

Having all of the elements that go with a brand strategy, but not having a distinct voice, is sort of like wearing your favorite pant suit to a networking event...and simply reading off your resume. You might feel like Alicia Florrick from The Good Wife, but as far as everyone is concerned, you’re about as compelling as the finger food.

Okay, you might think, but what exactly is voice and tone?

We like to say that voice is consistent, while tone flexes. You, the person reading this, have a voice. It stays pretty much the same from day to day, but your tone changes based on whether you’re in a meeting, out with friends, or trying desperately to get your sock away from the dog.

It’s the same with your brand. And the great thing is that brand voices can be as funny, inspiring, or serious as you want them to be.

For example, let’s take the sentence: the quick brown fox jumps over the lazy dog. And let’s say your voice was Ernest Hemingway. It would sound a little like this:

The fox jumped over the dog. The fox was afraid and when a fox is afraid he runs. When a man is afraid he must stand and fight. If he does not, he may live but he will always be afraid, and it is better to die than to live and be afraid.

Or the New Yorker edition:

The Extraordinary Downfall of the Well-Rested

Perhaps if there is anything to be learned from the adage of the fox and the dog, it is that energetic people will always command greater attention. We’re told that the fox is both “quick” and “brown,” while the dog is merely “lazy.” The extra adjective given to the fox betrays our tendency to notice and applaud the go-getters — while individuals who value rest face systematic disregard.

You get the idea.

For copywriters, it’s not just about writing well. It’s about being an impersonator — it’s about forgetting our voice and disappearing into the one that best communicates your message.

And it’s not an easy process. While working with the Open Space Institute last year, we realized we needed to find a way to communicate passion for the outdoors in an inspiring but ultimately peaceful way. After focused research and brainstorming, we landed on a voice that was a combination of Thomas Jefferson and Nelson Mandela — affectionately called “JeffDela.” To be able to produce the voice, we had to spend even more hours immersing in the writing and speaking of both men.

Another voice, created for the Poe Museum, we dubbed “Edgar Scissorhands.” It was tongue-in-cheek, faintly macabre, with moments of joy and dreaminess. To create it, we binge-watched Tim Burton movies, then spent several days writing and revising with the Corpse Bride theme song on repeat.

And if you don’t want to sound like a Johnny Depp character, that’s okay, too. We recently worked with a startup whose target audience needed stability and reassurance. The voice we created was less exotic, but remains one of my favorites. It was the “home” voice — warm, down-to-earth, and welcoming. We didn’t want to just offer reassurance. We wanted to create a space where people could feel totally safe and completely themselves.

Main takeaway: you don't need to sound like a famous person (or several famous people) — but you do need a voice. It's an essential part of communicating who you are, what you do and why. And it helps you stand out. How else will you be heard above the crowd without raising your voice —or (God forbid) using exclamation points?

What’s more, having a unique voice and tone allows you to communicate with consistency. The voice and tone guide we create becomes a well that you can draw from every time you want to create or share new information with your audience.

In closing, here's a collection (or Pan-tone sheet, if you will) of interesting voices waiting patiently to be brought to life: