Storing Secret Credentials in Rails 5.2 and Up 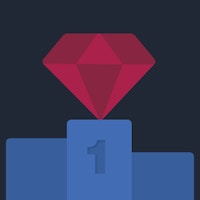 Keeping your credentials safe as a developer is extremely important. You don’t want to commit any sensitive information, like passwords or API keys, to your remote git repository as it can allow malicious users to access the services you are using.

Since version 4.1, Rails has helped developers store their secrets by generating a new secrets.yml file in the config folder. By default, this file contains a SECRET_KEY_BASE that is used to “derive keys for encrypted cookies… [and] HMAC signed cookies.”[1] However, you could add additional keys to this file:

Once everything is saved, you could access it via Rails.application.secrets.secret_api_key. This way, you could store your secret credentials in a single file and simply make sure that secrets.yml is part of your .gitignore.

With this confusion in mind, Rails released version 5.2 and created an entirely new way to store your secret credentials that I will walk you through.

First, make sure you install the newest version of Rails by running:

This ensures that the Rails Gem you install is the most up to date (you can find the most recent release of Rails on the official RubyGems page[3]). After doing so, when you create a new Rails project, you should see two files in your config folder:

You must be wondering, how do I add my secret credentials to credentials.yml.enc if it is encrypted? Well, you need to go into your command line interface and run:

And you’re good to go! If you do not want to redefine your EDITOR everytime you want to edit your credentials, simply add to your shell profile:

Now, all you need to do to edit your credentials is run:

Heroku and other Deployment Strategies #

If you’re deploying your app to Heroku, the encryption key from master.key is stored in an entirely different way. Heroku allows you to add special configuration variables in the Settings tab of your app’s dashboard. There, you can add a new config variable called RAILS_MASTER_KEY and paste the encryption key into the space provided. Once saved, the Rails application is smart enough to detect that the master key is stored as a config variable to decrypt your secret credentials.

What if you need to share your master.key with other developers working on your team or project? Simply sending a message containing the special key over spaces like Slack isn’t safe and ultimately isn’t good practice. That’s why password management is a giant field of its own and there are a multitude of ways to securely share your credentials with trusted people. Two services I personally use are 1Password and OneTimeSecret.

1Password is a secure password manager that allows users to store any kind of credentials: passwords, API keys, software licenses, etc. In fact, 1Password allows organizations to get in on it so team members can securely share a pool of sensitive information amongst everyone on their team.

OneTimeSecret is more for quickly sharing credentials with your team and less for long-term storage like 1Password. You can generate a secret link, password-protected or not, that will contain the sensitive information once opened. However, there’s a catch! Once you open the link for the first time, you should store the given information somewhere more secure as you cannot open the link ever again. Also, the secret-holder can set an expiry time on the link so you have a certain timeframe to retrieve the secret information and store it in another location.

Now, you know how to safely store credentials and reduce the risk of unauthorized access!