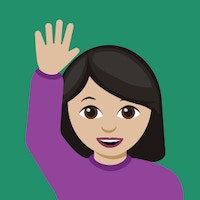 Women founders who have navigated the world of startup funding share their experiences and advice.

The evolution of women in the working world, and particularly the tech industry, has been in the news a lot lately. Some of these revelations have been inspirational, while others... not so much. Clearly, the concept of the “working woman” is changing rapidly.

Here are some things we know: Women are half the population of Earth. Women also make up over half of the professional labor force in the US. However, women comprise less than 30% of corporate leadership positions. It’s even worse in terms of Executive leadership: only 5% of companies, including Fortune 500 companies, have a female CEO. And, as you might have heard, we still only earn ~85 cents per dollar of what men earn for the same work (though, #it’sgettingbetter).

We also know that women-led companies succeed at a higher rate, on average, than those led primarily by men. In fact, “women entrepreneurs bring in 20% more revenue with 50% less money invested” than their male-founded counterparts. And yet, despite the fact that they comprise 38% of new businesses (this, too, is getting better), only 10-15% of funding goes to startups founded by women. Why is there still such a disparity? There is a lot to unpack when it comes to sexism in tech, including a lack of women in the industry, which begins long before anyone’s out looking for VC funding.

We wanted to hear first-hand from people who have made it through the gauntlet, so we asked a group of women founders who have successfully navigated the world of startup funding about their challenges, as well as what advice they would give to other women who are interested in pursuing a similar path.

Certainly, the main challenges women founders faced are ones which can affect anyone learning the process of entrepreneurship. Tatiana Birgisson started MATI Energy out of her dorm room, and believes her youth had at least as much of an impact on her experience as her gender. “All of the challenges I’ve faced, fundraising and with my business, are challenges that are to be expected for anybody starting this kind of business regardless of age or gender. I think it’s been more challenging just being a young adult, without experience, and without industry experience, than because I’m a woman. In fact, if anything, I think it’s helped to be a woman: there’s been a lot of media attention given to women, and how difficult it is to raise funds.”

Daria Rebenok, founder of peer-to-peer delivery platform Grabr, also expresses that the press surrounding the difficulties women entrepreneurs face might have a flipside of working to their advantage. “I think in Silicon Valley, it’s not a common thing: there aren’t many female CEO’s and founders. And I think people are really excited when they hear that [a company was founded by a woman]. Of course there might be some skepticism sometimes, in general, the tech world is ruled by men.”

Unfortunately, this excitement can diminish quickly when confronted with a unique challenge of female-founded enterprises. Tara Foley, founder of healthy beauty retail startup Follain, describes the reaction she received while working through funding rounds while pregnant with her first child. “I’d have these phone calls with people, and they would get really excited about the concept, and they’d be really excited to meet in person. And then I’d show up, and I was big and showing, and immediately you could tell there was this sense of ‘uh oh…’ You can’t really put your finger on it, and people were very graceful and tasteful about it, but one person did explicitly ask ‘what happens if you have to take a few months away from the business?’”

The spectrum of reactions to women in the workforce, whether in leadership positions or not, can range from blunt questions like Foley received to very subtle forms of sexism. Sara Choi of wireless data software platform Airfox notes that the effects can be quite pernicious. “As a female Co-Founder, I take a lot of meetings where mine is the only female voice in the room. I have noticed that I am typically the only one asked to or expected to take notes, something seemingly innocuous in the moment, but when repeated over years, leads me to wonder about the gendered expectations of roles within a company: If you are fully occupied taking notes, you cannot simultaneously be 100% present in participating in the conversation. And that worries me, because that means the only female voice in the room is expected to not be fully heard.”

Research on women’s voices in the corporate landscape bears this sentiment out. Due to deeply ingrained biases, professional women are constantly expected to strike balances that professional men are not. In a landmark 1995 article in the Harvard Business Review, researchers explained that a multitude of factors, ranging from how children form play groups to quirks in our linguistic structure, tends to work against women once they find themselves in competitive workplaces (not to mention the academic environment that usually precedes them). In short, “high-achieving women experience social backlash because their very success – and specifically the behaviors that created that success – violates our expectations about how women are supposed to behave.”

Combatting these biases is itself a delicate balance. One option is is speaking out directly when confronted with them. In Choi’s experience, “unfortunately, it is a reality that you may be in the gender minority for the majority of the professional experiences in your career. You will almost surely encounter people who are overtly or insidiously sexist. My advice is it's important to discuss sexism, but in a neutral setting, giving the person the benefit of the doubt that they did not know they were being sexist -- at first.” Beyond direct confrontation, there are subtle tactics women can employ, though some of these might be counterproductive.

So how can female entrepreneurs thrive under such imbalanced circumstances? More than perhaps any other factor, women leaders advocate for leveraging one’s professional network for support. As Jean Lauer, founder of home renovation matchmaking platform Sweeten puts it, “you have to be creative about getting access to great mentors. I have learned to ‘take’ mentorship even when someone is unwilling to give it. Sometimes that means ‘fragmentoring’ - where you take fragments of the best things you see all around you. Sometimes it means taking a mentee approach with someone who isn't even aware that you're doing it, especially when that person has access to resources or points of view that might be out of reach for you in that moment.” To supplement in-person networks, the web is home to tons of great resources for women at every stage in their careers.

Finally, it’s important to maintain an entrepreneurial spirit, even in the face of setbacks. As Birgisson describes, “you have to work to be the best. Not the best ‘female’ or other subcategory, you just have to work to be the best. A key part of this is giving your best over time. If you keep giving your best over several years, that will be enough.” To be sure, a key component of the entrepreneurial spirit is instinct. Rebenok advises other women founders to “trust your gut. If you have a gut feeling that something is right and this is how you want to do it, then do it, even if the logical explanation might be ‘this will not work.’ That’s why people become entrepreneurs, because they find new and unusual ways of doing things and solving problems.”

Women in the Labor Force