Starbnb: Discover exotic places with local hosts in a galaxy far, far away 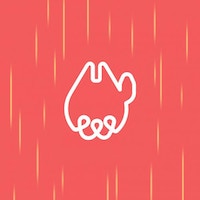 Late last year Viget celebrated Pointless Weekend, an annual internal hackathon that pushes us to concept and build something original in just 48 hours. The weekend starts with a brainstorming and pitch session, where team members throw out and discuss potential projects. Given our shared excitement about Star Wars: The Force Awakens this year, our HQ team was particularly drawn toward ideas related to a galaxy far, far away.

We discussed ideas such as a “Fake Spoiler Generator,” “Rick-Rolling with the Cantina song,” and even “Lightsaber battles with your smart phone” (turns out Google had a similar, wonderfully-executed idea). Eventually we threw around the idea of recreating a popular real-life app in the Star Wars universe -- for example Star Wars Tinder, Star Wars Uber or Star Wars Airbnb. Given the memorable nature of Star Wars’ locations, we opted to pursue the latter, and Starbnb was born. Over the next 48 hours, we generated the content and code that would bring our vision to life. Megan and Tommy created a CMS with Wordpress, and modeled the front-end closely off of Airbnb’s existing website. Blair pitched in from Boulder to create a delightful brand logo, as well as fantastic icons to denote the various amenities across each listing. In the meantime, Curt, Ryan, Ben and others collaborated closely to generate content for location listings. We adopted a tongue-in-cheek tone inspired by parody reviews on sites such as Amazon. Each listing referenced the original trilogy in myriad ways, and we relished the chance to draw on years of pent-up nerdom. We worked together in person and in shared Google documents, throwing tons of ideas at the wall and keeping the ones that got each other laughing.

Thanks to the team’s hard work, we had a functional, content-filled site by Saturday at 5pm -- right on schedule! We took Sunday off and decided to officially share Starbnb with the world on the following Tuesday.

On Tuesday morning, we promoted the site via Viget’s Facebook, Twitter, and Instagram accounts, and then proactively reached out to various news sites we thought might be interested. Over the course of the day, we saw that users really embraced the concept and were actively sharing the site.

By Tuesday afternoon, Mashable contacted us to do a profile of the site and we were thrilled to contribute. Their promotion of the site immediately spurred a spike in traffic that cascaded across Twitter and Facebook. Other sites picked up the story and we were off! Since it launched into cyberspace last month, more than 24.2K unique users have seen Starbnb. Those sessions were all generated via organic reach, without paid ad support.

While we were excited by the traffic volume, we’re much more proud of the fact that users who land on the site seem to genuinely enjoy the content and engage at fantastic rates:

A few key factors helped to generate this level of user engagement:

Genuine content, written from a place of passion and knowledge

We’re Star Wars nerds. As fans ourselves, we wrote (and deleted) content based on whether we found it funny ourselves. We triple checked our facts and spellings to ensure we were true to the universe in which we were writing. That excitement and genuine connection to our audience helped to ensure the site comes across as a labor of love rather than artificial lip-service.

There’s no barrier to consumption of the site’s content itself, and the site’s premise is almost immediately apparent to anyone who has used Airbnb in the past. The secret ingredient that made sharing especially popular was our hijacking of the “Request to Book” button, which points users to a pre-populated Tweet. While we normally wince at the idea of misleading users, in this case it was obvious that users could not book any of these listings, and that big red-ish button just invokes a certain innate curiosity.

Users have the ability to leave their own reviews of each listing. We opted to make this form as simple as possible, with no verification or account of any kind (though we do approve each review before it is publicly visible). Normally, this approach is an open invitation to online trolls, but we were pleasantly surprised that, of the 200+ user-submitted reviews, only a handful were inappropriate or irrelevant. I think this is largely attributable to the fact that we gave users a real opportunity to contribute funny content and offered them a framework in which to do so without friction.

While these lessons aren’t applicable across every project, it was great to see them prove so successful for Starbnb. We had a blast building and promoting the site, and we hope you enjoy it as much as we do!

A Few of Our Favorite User-Submitted Reviews...

“The high ceilings are to die for, but in all honesty the proprietor could stand to spring for a humidifier. When I woke up I was extremely parched and had quite the bloody nose. The price was reasonable to the point that I would say it costs an arm but not a leg.”

“Got sent out to buy some groceries, ended up in a cave having to fight some sort of clone of myself – otherwise ok.”

“The nearby moon shoots out green fireworks! Amaz-”

“The description is accurate, but our stay was a little scary. I think there must be a shooting range or training facility nearby for the blind. Blasters going off constantly and the lasers are just bouncing off everything. Bring protective gear, unless you’re actually the target then you’re safe HA!”