Should You Hire a Copywriter, a Brand Strategist, or Neither? 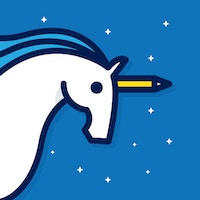 The story of how we developed a brand strategy team in-house instead of hiring from the outside.

On the go? Listen to the podcast discussion here:

For over two years, we struggled to find the right Creative Copywriter to join our team.

Then one day we realized that maybe we’d already hired the right person — we just hired that person to do something else.

A copywriter’s job is to move people — to persuasively cause them to take action. But asking a copywriter to write without a strategy is like asking a pilot to fly without a destination: at best you’re getting lost; at worst, you’re going down in flames.

At Viget, we define brand strategy as the clear and compelling articulation of who you are, what you do, and why.

Take Chipotle, for example: the foundation of their brand strategy is “food with integrity.” They use natural tones in both their advertising and restaurants, their cookspaces are completely open, and they’re upfront, honest, and straightforward in their copy. “Food with integrity” is the driving force behind all their communication.

Even when something goes wrong — as with the E. coli bacteria discovered in Chipotle food last year — a strategy gives you a foundational homebase from which to begin your damage control.

A good strategy goes beyond the theoretical — it should be the foundation for the execution of great work.

If you want great work, you need more than a solitary copywriter. You need a strategist, too.

How to find a brand strategist

Finding little success in our external search for a copywriter/strategist hybrid, we decided to look internally and developed a process for training a brand strategist from within.

Ally Fouts, Senior Brand Strategist at Viget, put out the call: who’s interested in copywriting and strategy work? She found a group of team members who were interested, but didn’t necessarily have the experience, and she called it the Adjunct Copywriting team.

After sussing out the team’s passions and specialties, Ally looked for specific smaller projects that those team members could own. “In contrast to pair programming, sitting next to me won’t do you much good," said Ally. "Instead, you have to own it.”

People who are interested in doing this type of work need to know that their first projects will be bad, and that’s okay. “You learn to do your bad work faster so that you get to the good stuff,” said Ally.

The blind squirrel found the nut.

Copywriting is more subjective than code, and the difference between the “right way” and the  “best way” can be less clear cut. However, establishing a strategy can help take away the subjectivity of copywriting. Ally said, “If the copy and art direction accomplish the goal of the pre-established strategy, then it becomes more objectively good and it’s less of a result of scrambling in the dark.”

How to develop a curriculum

After starting the adjunct team on smaller client projects, we had a summer intern program where we developed a curriculum for a talented but green copywriter/designer team.

They were given “spec projects” — pseudo-engagements that mirrored actual client projects but were protected from the real-life consequences of client work.

During their time, the 8 weeks were broken into two 4-week cycles. In the first cycle, they chose NASA from a list of pre-selected companies.

While the four week timebox put a crunch on things, it forced the interns to sprint, fail fast, and learn quickly.

Each week was a different phase:

In the second cycle, they chose their own spec project to work on. “They had to pick an organization with a wonderful service but with terrible communication so that they had a lot of fertile ground to work with,” said Ally.

Their second project was Mane & Tail, a hair care company initially intended for horses, but now sold at your local CVS. The flat packaging gave the interns a lot to work with.

Putting the curriculum to the test

After the internship ended, our adjunct team was ready and interested in making a more substantial shift to this type of work. We took the repeatable model of the intern curriculum to help train the adjunct team. Compared to the interns, the time period was extended for the employees.

An adjunct team member picked Doctors Without Borders as her spec project. She did the discovery and research, put together a problems and goals presentation, and worked closely with Ally on the review and evaluation to come up with viable strategies.

“She did great,” said Ally. “She had the hustle and the hunger required to be successful.”

One of the most important traits to look for in a brand strategist trainee is the ability to take critique. Honest feedback isn’t always easy to hear, and the learner needs to be able to handle the fact that they’re growing.

“Tell me what I’m doing wrong. I want to get better.”

With full confidence, our brand strategy team is developing professionally, growing in size, and providing excellent strategy work for our clients. After two years of searching, we found great brand strategists already on our team. Now you can do the same.