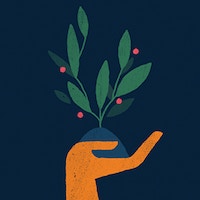 It's crucial to onboard a new PM quickly, but effectively. This article has some of our best practices.

At Viget, we’ve brought on more than a few new Project Managers over the past couple of years, as we continue to grow. The awesome new people we’ve hired have ranged in their levels of experience, but some of them are earlier in their careers and need support from more experienced PMs to develop their skills and flourish.

We have different levels of training and support for new PMs. These broadly fall into four categories:

In addition to conducting intro sessions to each discipline at Viget, new Viget PMs go through a lengthy set of training sessions that are specific to the PM lab. These include intros to:

After PMs complete the onboarding process, they start shadowing other PMs’ projects to get exposure to the different types of projects we run (since the variety is large). We cater length and depth of shadowing based on how much experience a PM has coming in. We also try to expose PMs to multiple project managers, so they can see how PM style differs person-to-person.

We’ve found that it can be most effective to have PMs shadow activities that are more difficult to teach in theory, such as shadowing a PM having a difficult conversation with a client, or shadowing a front-end build-out demo to see how the PM positions the meeting and our process to the client. More straightforward tasks like setting up a Harvest project could be done via pairing, since it’s easy to get the hang of with a little guidance.

While shadowing is certainly helpful, we try to get PMs into pairing mode pretty quickly, since we’ve found that most folks learn better by doing than by watching. Sometimes this might mean having a new PM setting up an invoice or budget sheet for a client while a more experienced PM sits next to them, talking them through the process. We’ve found that having a newer PM lead straightforward activities with guidance tends to be more effective than the newer PM merely watching the more experienced PM do that activity.

Another tactic we take is to have both PMs complete a task independently, and then meet and talk through their work, with the more experienced PM giving the less experienced PM feedback. That helps the newer PM think through a task on their own, and gain experience, but still have the chance to see how someone else would have approached the task and get meaningful feedback.

Once new PMs are ready to be in the driver’s seat, they are staffed as the lead on projects. The timing of when someone shifts into a lead role depends on how much prior experience that person has, as well as what types of projects are actively ready to be worked on.

Most early-career project managers have a behind-the-scenes project mentor (another PM) on at least their first couple projects, so they have a dedicated person to ask questions and get advice from who also has more detailed context than that person’s manager would. For example, mentors often shadow key client and internal meetings and have more frequent check-ins with mentees. This might be less necessary at a company where all the projects are fairly similar, but at Viget, our projects vary widely in scale and services provided, as well as client needs. Because of this, there’s no “one size fits all” process and we have a significant amount of customization per project, which can be daunting to new PMs who are still getting the hang of things.

For these mentorship pairings, we use a mentorship plan document (template here) to help the mentor and mentee work together to define goals, mentorship focuses, and touchpoints. Sometimes the mentee’s manager will take a first stab at filling out the plan, other times, the mentor will start that process.

Along the way, we make sure new PMs have touchpoints with their managers to get the level of support they need to grow and succeed. Managers have regular 1:1s with PMs that are referred to as “project 1:1s”, and are used for the managee to talk through and get advice on challenges or questions related to the projects they’re working on—though really, they can be used for whatever topics are on the managee’s mind. PMs typically have 1:1s with managers daily the first week, two to three times per week after that for the first month or so, then scale down to once per week, and then scale down to bi-weekly after the first six months.

In addition to project 1:1s, we also have monthly 1:1s that are more bigger-picture and focused on goal-setting and progress, project feedback from that person’s peers, reflection on how satisfied and fulfilled they’re feeling in their role, and talking through project/industry interests which informs what projects we should advocate for them to be staffed on. We have a progress log template that we customize per PM to keep track of goals and progress.

We try to foster a supportive environment that encourages growth, feedback, and experiential learning, but also that lets folks have the autonomy to get in the driver’s seat as soon as they’re comfortable. Interested in learning more about what it’s like to work at Viget? Check out our open positions here.