Relive the Biggest Takeaways from INBOUND Conference 2016 in Eight Minutes 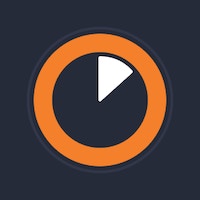 The future of marketing, GrowthBot, the science of productivity, why Tesla doesn’t sell, and blog post virality

On the go? Tap here to listen to this blog post:

It was my first time at INBOUND, and it was the biggest conference I’d ever attended. I was surrounded by the people who create Facebook Ads, YouTube videos, and Snapchat filters for a living.

A few immediate observations about #INBOUND16:

On the spectrum of education vs. entertainment, I would put Inbound more on the entertainment side. Big celebrity names generate a high wow factor, but offer little this-helps-me-in-the-office-next-week substance. That said, the breakout sessions provided more practical takeaways and lessons to bring home.

The state of the web (and the future)

Halligan said the supply of digital content is increasing rapidly, but demand has been flat since 2006. Everybody’s producing content on the Internet and it’s causing an exhaustive glut of endless information. Most of it is in the form of writing (i.e., blogs, articles, posts).

So Google came along. “Google and text are like pigs and a blanket,” said Halligan. “They’re a delicious combo.” But now it’s all about video. It’s how buyers learn. People don’t want to read anymore. They want to watch.

Then came social media. Social is how people collaborate — “Your networks are like your favorite coffeehouse,” said Halligan. “It’s where you’re comfortable.”

He emphasized that if you’re not on social media by now you might as well be marketing in a trash can.

Social media transformed the ad industry. First it was pay per impression, then pay per click, and now it’s pay per lead. Facebook is leading here.

Success in marketing is now a marriage between content and paid. “Add dollars to increase the viral coefficient of your content.” If you find a post doing well organically, throw a hundred dollars ad spend at it to maximize its impact.

“It’s a terrible time to be a big company. It’s a great time to be a small business owner. Big companies hate change. Small companies are fueled by change.”

At this point, cofounder Dharmesh Shah, the self-proclaimed “nerdy technologist” of the pair, took over.

“People think it’s human vs. bot. No. It’s human to the bot power.”

All marketers are coders now

Dharmesh and his team built Growthbot, a chatbot for marketers, to accomplish tasks such as grading websites, inspecting software behind websites (like builtwith.com), showing top posts from a site, and retrieving analytics data.

GrowthBot allows a marketer to become a coder, of sorts, because, in the same way programmers use commands in certain code languages to perform complex tasks, a marketer can use GrowthBot to type in a command in natural language to perform a task. Here’s a screenshot of examples:

“Decades ago, businesses started to build websites. Websites were an essential piece of doing business. Nearly every business has a website today. Soon, we will be building bots…”

If Dharmesh is right about the movement from websites to bots, then expect to see cousins of GrowthBot in the near future.

Nerd warning: quick #praise for the designers of the GrowthBot logo:

The GrowthBot logo is one of the most gorgeous, fascinatingly deep, and thoughtful logos I’ve ever seen. Here’s why:

I love this logo. Thank you for giving me the pleasure of seeing it, Dharmesh Shah (edit: see his comment below).

Tim Urban, the mind and pen behind the popular Wait But Why, is a clever fellow. He is at the helm of blogging innovation — if you’re wondering what your blogs should look/sound/feel like, read his stuff. With over half a million monthly readers, he shared at INBOUND about what makes a blog post go viral.

The one book I bought from #INBOUND16

People say you write how you speak (or is it speak how you write?), so if author and New Yorker journalist Charles Duhigg’s books are even half as good as he speaks, then I’m in. The two words I’d use to describe his talk about the science of productivity: tight and meaty. Zero rambling, and story after story, Malcolm Gladwell-style.

The two points about psychology that I took away from Duhigg’s talk were:

This system gives Starbucks employees a way to address a potentially uncontrollable situation in a controlled manner, yielding mutual happiness.

One lesson from the Tesla VP of Sales

Tesla can’t afford an advertising or marketing budget and yet they have managed to double the revenue of a $5 billion automobile company.

“We educate and present the product,” McNeil said, “But we don’t sell.”

Equipped with facts and stats, Tesla salespeople are trained to educate customers about the mortality rate caused by CO2 emissions and problems with vehicle safety. For example, exhaust from gas engines can create cancer-inducing poisonous smog in dense cities, and engine placement in a traditional sedan can kill the driver in a head-on collision (i.e., with a telephone pole).

The sales team simply lets the customer test drive the product. With record-setting acceleration, software-based user interface, and environmental and safety benefits, Tesla vehicles sell themselves. Musk was so particular in regard to the design that Mcneil recalled Musk saying in a review of the finished Model 3, “There’s too much blue in the mirror.”

INBOUND 2016 was an amusement park brimming with marketing and sales professionals, digital tools, and insightful stories from the lives of the daily office dweller up to the big screen stars.

With so much to see and learn, it would’ve be impossible to come away without any ideas or inspirations, and if you weren’t able to attend, there’s always Inbound 2017 (and recaps like this, so you can avoid large crowds of overly-caffeinated extroverts live-tweeting Rand Fishkin’s Google SEO Flywheel hacks).