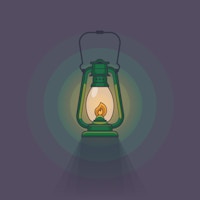 Taking the time to reflect on what has been to reveal what could be.

Merriam-Webster defines “through line” as a common or consistent element or theme shared by items in a series or by parts of a whole. Throughline also happens to be the namesake of one of my favorite podcasts on NPR. The crux of each episode is to contextualize a current event or reality by exploring the histories that contributed to it. I’m here to argue that this process of studying recurring themes from the past to make sense of the present is not only sound historiography, but also an invaluable exercise for those pining for more fulfillment in their career. Finding your through line may be the key to figuring out what comes next.

Out of college I helped start and run a media-based NPO. We were working in Colombia, producing a series of short documentaries on the detrimental effects of the U.S. “War on Drugs.” Then, with media in hand, we put on a series of film screenings here in the states to raise awareness and create advocates who would lobby for policy change. I ran logistics, created partnerships, and managed our key stakeholders for both our Colombian and stateside efforts.

After that, I joined a movement called Teach for America and became a classroom teacher. Hubris had told me that if I could talk my way through a paramilitary checkpoint in Colombia, then teaching 5th grade science in the Mississippi Delta would be a breeze. As you can guess, I was very wrong. Nevertheless, I loved the relationships I built and I loved the seasons of academic growth my students experienced. I even loved the laborious work of curriculum design and benchmarking that provided the framework for my students to excel.

Then after meeting my better half on a trip to visit family in Virginia, I quickly joined them and continued teaching for three more years. Dangerously close to the burnout so many public school teachers face, I made what I had hoped would be my final transition and found myself starting over once more, this time as a Product Design Fellow. Not having any sort of traditional design education made for a gnarly learning curve, but I loved my day-to-day. I was forced to better understand how digital products are made and subsequently function. I got to ideate, workshop, and iterate with a brilliant group of people I came to know as friends.

But around the six month mark I realized there was still something missing. So one day, driving to pick up my little one from daycare and listening to an episode of Throughline, it hit me — I too needed to look back and find which parts of my whole career had been consistently fulfilling.

Fast forward six more months and here I am. Starting over. Again. And not a beat too late at the ripe age of 35.

I didn’t look everywhere for opportunities. I knew that the next and final transition could only happen with an organization that could see what I finally saw myself — that my experiences were not nearly as disparate as I had once thought, that there was in fact a throughline:

I love people and I love creating and running systems that help them live happy and fulfilling lives — and in that, our happiness becomes intrinsically linked. That’s it. That’s my throughline.

Several weeks into my Digital Project Manager Apprenticeship, my hunches and hopes have been confirmed: Viget gets it. They understand that seemingly disjointed experiences and passions can come together to form a perspective and skillset worthy of affirmation and continued development. I’ve also come to learn that I’m in kindred company: in my short time on the team I’ve met a journalist turned designer, a teacher turned people director, a fashion designer turned developer, and an acting coach turned digital strategist.

Maybe you’re perfectly content in whatever role you’re in, or maybe you’re beginning your first, second, or even third career transition. Wherever you are, I sincerely hope you’ll find margins to reflect on your experiences. Get as granular as you can, find those rhythms, routines and responsibilities that were life giving and sparked excitement in your work day. I can near guarantee that you too have a through line waiting to serve as a signpost for whatever is next in your evolving, messy, beautiful journey. And once that’s revealed, surround yourself with people that value your diverse experience and perspective and are genuinely excited to invest in it. You might even start by perusing Viget’s apprenticeships and internships - I did - and it is making all the difference.