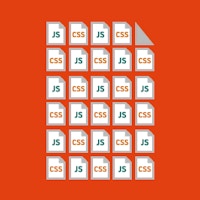 Delivering CSS & JS on your websites is completely different with HTTP/2, and here is a guide on how I've done it.

We have been hearing about HTTP/2 for years now. We've even blogged a little bit about it. But we hadn't really done much with it. Until now. On a few recent projects, I made it a goal to use HTTP/2 and figure out how to best utilize multiplexing. This post isn't necessarily going to cover why you should use HTTP/2, but it's going to discuss how I've been managing CSS & JS to account for this paradigm shift.

Breaking Up The CSS

This is the opposite of what we have done as best practice for years now. But in order to take advantage of multiplexing, it's best to break up your CSS into smaller files so that only the necessary CSS is loaded on each page. An example page markup would look something like this:

Yes, those are <link> tags in the <body>. But, don't be alarmed, there is nothing in the spec disallowing it. So for each little block of markup, you can have a separate stylesheet that contains only the CSS for that specific markup. Assuming you are building your pages in a modular fashion, this is really easy to set up.

After some experimentation, here is the SCSS file structure I ended up with:

I use this folder to set a bunch of variables.

The main file in here is the _index.scss file, and it gets imported to every other SCSS file so that I have access to variables and mixins. That file looks like this:

This folder is pretty self explanatory; it contains custom mixins and functions, one file per mixin or function.

This folder is where I include CSS that is used on every page. This is good for stuff like the site's header, footer, reset, fonts, and other generic styling.

The final line is importing the entire components sub-folder, which is just an easy way to break up additional global styling into more manageable chunks.

This is the most important folder to our HTTP/2 setup. Since I am breaking up the stylesheets into module specific CSS, this folder will contain many, many files. So I start by breaking each module into a sub-folder.

Then, the index.scss file for each module looks like this:

So I have access to the variables and mixins, and then I can break apart the module CSS into however many partials that are desired, and they all get combined into a single module CSS file.

This is virtually the same as the modules folder, but I use it for page specific content. It's definitely rarer since most of the stuff we build these days is built more modularly, but it's nice to have page specific CSS broken out separately.

Pretty much every project we start these days uses Blendid for the build process. In order to get this SCSS setup described above, I need to add the node-sass-glob-importer package. Once I've got that installed, I just need to add it to the Blendid task-config.js.

And boom, I've got an HTTP/2 setup for managing CSSS.

We've been advocates of Craft for a long time here at Viget, and I made a little macro to make it less repetitive to include stylesheets in this manner:

When I want to include a module's CSS file, I can just do this:

That's quite a bit simpler if I need to drop in stylesheet references throughout the site.

So, just as I did with CSS, I want to break the JS into separate modules so that only the necessary JS is loaded per page. Again, using the Blendid setup, I just need to make a few tweaks to get everything working correctly.

Instead of using Webpack's require(), I need to use import(). So the modules/index.js file now needs to look like this:

As noted in the Webpack documentation: "This feature relies on Promise internally. If you use import() with older browsers, remember to shim Promise using a polyfill such as es6-promise or promise-polyfill."

So I can easily drop in the es6-promise polyfill into my main app.js file and have it polyfill automatically:

That's really it. Then you can use the same pattern mentioned in the Blendid out of the box setup to trigger module specific JS

Nope. But it at least gets you to a place where you can start managing HTTP/2 assets in a sane way. I fully expect that this setup will evolve over time as we consider how to break code apart to best utilize HTTP/2.