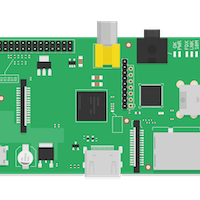 How to build a DIY e-paper photo frame from scratch: the hardware, software, and some light woodworking

Over the winter, inspired by this digital photo frame that uses email to add new photos, I built and programmed a trio of e-paper picture frames for my family, and I thought it'd be cool to walk through the process in case someone out there wants to try something similar.

In short, it's a Raspberry Pi Zero connected to a roughly 5-by-7-inch e-paper screen, running some software I wrote in Go and living inside a frame I put together. This project consists of four main parts:

As for materials, you'll need the following:

I'll get more into the woodworking tools down below.

Like I said, I've already documented this part pretty thoroughly, but in short, we use an array of AWS services to set up an email address that fires off a Lambda function when it receives an email. The function extracts the attachments from the email, crops them a couple of ways (one for display on a webpage, the other for display on the screen), and uploads the results into an S3 bucket.

The next task was to write the code that runs on the Pi that can update the display periodically. I also thought it'd be cool if it could expose a simple web interface on the local network to let my family members browse the photos and display them on the frame. When selecting a language, I could have gone with either Ruby or Python, the former since that's what I'm most familiar with, the latter because that's what the code provided by Waveshare, the manufacturer, is written in.

But I chose neither of those options, reader, opting instead for Go. Why Go, you ask?

To interface with the screen, I started with this super awesome GitHub project. Out of the box, it didn't work with my screen, I think because Waveshare offers a bunch of different screens and the specific instructions differ between them. So I forked it and found the specific Waveshare Python code that worked with my screen (this one, I believe), and then it was just a matter of updating the Go code to match the Python, which was tricky because I don't know very much about low-level electronics programming, but also pretty easy since the Go and Python are set up in pretty much the same way.

Here's my fork — if you go with the exact screen I linked to above, it should work, but there's a chance you end up having to do what I did and customizing it to match Waveshare's official source.

Writing the main Go program was a lot of fun. I managed to do it all — interfacing with the screen, displaying a random photo, and serving up a web interface — in one (IMO) pretty clean file. Here's the source, and I've added some scripts to hopefully making hacking on it a bit easier.

Setting up the Pi was pretty straightforward, though not without a lot of trial-and-error the first time through:

And that should be it. The photo gallery should be accessible at a local IP and the photo should update hourly (though not ON the hour as that's not how cron.hourly works for some reason).

This part is strictly optional, and there are lots of ways you can display your frame. I took (a lot of) inspiration from this "DIY Modern Wood and Acrylic Photo Stand" with just a few modifications:

The tools I used were: a table saw, a miter saw, a drill press, a regular cordless drill (do not try to make the larger holes in the acrylic with a drill press omfg), an orbital sander, and some 12" clamps. I'd recommend starting with some cheap pine before using nicer wood — you'll probably screw something up the first time if you're anything like me.

This project was a lot of fun. Each part was pretty simple — I'm certainly no expert at AWS, Go programming, or woodworking — but combined together they make something pretty special. Thanks for reading, and I hope this inspires you to make something for your mom or someone else special to you.