Load Selections with Channels in Photoshop 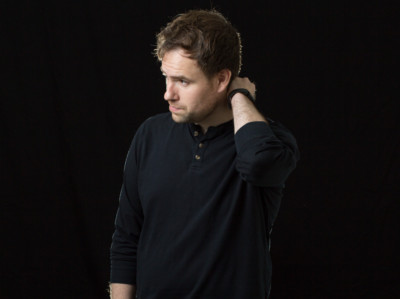 I was working on a project the other day that took advantage of a technique very similar to the one used in the image above, and I realized that I haven't seen any tutorials online that really explained this process, so I figured I would share it in the case that you're ever interested in achieving a similar effect. It's also a chance to go over exactly what channels and load selection can do for you as a designer working in Photoshop.

Channel controls aren't just for color/plate separation. We can wield the power of channel selection to capture elements of an image -- very similar to creating paths -- and apply them to our design. This can come in handy when you want to do anything from knocking out a white background from a logo, to creating true monotone images right in a RGB PSD file. The uses are endless. Load Selection, on the other hand, is a slightly more hidden feature, though just as powerful as Channels. You might know Load Selection through the use of paths you've created in Photoshop or imported over from Illustrator.  Loading a Selection in tandem with a Channel works pretty much the same way. With that said, on to the tutorial.

Choose a background to your liking. I'm using a shoddy old wall here to imply that maybe this deer here will eventually look like it was spray-painted on the side of an abandoned building. Then go ahead and choose your image that you want to manipulate. Cut it out with the lasso or define a path, whichever works better for you (Step 1). After you're done, make sure that the background is completely removed as using a mask won't work in this situation.
Step 2 & 3

Next we're going to want to remove all the color from out image (Step 2). Channel selections only work in black and white so removing the color here will help us prep the image for use. Do a quick Image > Adjustments > Desaturate. Now that we've got a nice gray scale image we're going to want to adjust the levels of the image so that the spectrum of the black and white in the photo are smaller, literally removing some elements of grey to get a higher contrasted image (Step 3). This can be done by going to Image > Adjust > Levels. Let's bring the sliders for both the black and white input levels closer together. This is not an exact science; the way to get the best results is to test a few different options before settling on a final setting.
Steps 4 & 5

Now comes the fun part; let's Channel Select this deer. Select your whole image, copy it, then hide the layer. We're doing this because you no longer need this version of your image, but it's nice to have a backup in case you want to use it again for something later. Click on your Channels tab (usually located next to your layers tab). Once you're viewing you channels palette, create a new layer and give it a name. It's good practice to name your layers, especially in the channels tab where it's harder to distinguish between selections, but it's not required. Now that you have your new layer, go ahead and paste your copied image into it (Step 4). With the image still selected, go to Image > Adjustment > Invert (Step 5). Inverting the image is a crutial step because what we are basically creating is a mirrored image of the deer. When we later load the selection and fill it with a color, we want the white areas to fill and the black areas of the image to be ignored. If we didn't invert the image, you would end up with what looks like an xray of a deer, which is wrong ... unless that was the effect you were intending. So, click off your selection and then click on the "RGB Thumbnail" under the Channels tab to take you back to the workable area of the Photoshop document. Now you've got your deer tucked away, ready to be used at any time.
Steps 6 & 7

And that time is now. Go to your Nav and do Select > Load Selection from the menu. Under the source zone, click the channel drop-down and select your newly-minted selection (Step 6). Leave the Operation zone as "New Selection," then click ok. You should now have an running outline of your image on the screen. Choose a color from the color picker, go up and do an Edit > Fill. Click "ok" and you should have a sweet looking image staring back at you. At this point, I usually duplicate the layer and try a few layer effects (e.g. multiply) until I get exactly the right color saturation I'm looking for.

I wrapped up the final image by doing this same technique again with a hacked together landscape photo and some clouds for extra awesome effectiveness.

Here's an example of how this technique works more like a stamp then like a blend. It actually retains solid colors so that the layer doesn't get muddied by the content below it. Give it a try yourself, you'll be surprised at the interesting results you can get by changing it up, applying different effects, or layering elements on top of each other. Here is the source psd file with all the layers broken out if you'd like to recreate this tutorial from scratch. Download the Source PSD.