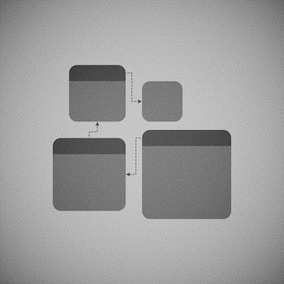 Hash chains are at the core of blockchain technology. How do they work, and how can we use them to ensure data integrity in a simple relational database?

I'm not much of a cryptocurrency enthusiast, but there are some neat ideas in these protocols that I wanted to explore further. Based on my absolute layperson's understanding, the "crypto" in "cryptocurrency" describes three things:

Of those three uses, the first two (asymmetric cryptography and proof-of-work) aren't that interesting to me, at least from a technical perspective. The third concept, though — using cryptography to make data verifiable and tamper-resistant — that's pretty cool, and something I wanted to dig into. I decided to build a little proof-of-concept using SQLite, a "small, fast, self-contained, high-reliability, full-featured, SQL database engine."

A couple notes before we dive in: these concepts aren't unique to the blockchain; Wikipedia has good explanations of cryptographic hash functions, Merkle trees, and hash chains if any of this piques your curiosity. This stuff is also at the core of git, which is really pretty neat.

Implementing a rudimentary hash chain in SQL is pretty simple. Here's my approach, which uses "bookmarks" as an arbitrary record type.

This code is available on GitHub in case you want to try this out on your own. Let's break it down a little bit.

Next, let's insert some data:

OK! Let's fire up sqlite3 and then .read this file. Here's the result:

This has some cool properties. I can't delete an entry in the chain:

I can't change a URL:

I can't re-sign an entry:

I can, however, update the last entry in the chain:

This is because a row isn't really "locked in" until it's pointed to by another row. It's worth pointing out that an actual blockchain would use a consensus mechanism to prevent any updates like this, but that's way beyond the scope of what we're doing here.

Given that we can change the last row, it's possible to update any row in the ledger provided you 1) also re-sign all of its children and 2) do it all in a single pass. Here's how you'd update row 2 to "askjeeves" with a RECURSIVE query (and sorry I know this is a little hairy):

Here's the result of running this update:

As you can see, row 2's url is updated, and rows 3 and 4 have updated signatures and parents. Pretty cool, and pretty much the same thing as what happens when you change a git commit via rebase — all the successive commits get new SHAs.

I'll be honest that I don't have any immediately practical uses for a cryptographically-signed database table, but I thought it was cool and helped me understand these concepts a little bit better. Hopefully it gets your mental wheels spinning a little bit, too. Thanks for reading!