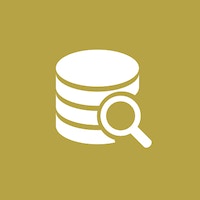 ElasticSearch is still awesome, but I had to write some more Java.

While it took me awhile to come up with a solution for this problem, I managed to get something working, and I'll walk through the code in case anyone else ever needs to read or implement this feature down the line. We'll start by looking at the plugin before I changed anything.

All of my changes will come in the newInstance method that we see towards the bottom of the above code block.

I honestly just sort of stumbled upon the solution you are about to see while reading through Apache Lucene docs trying to figure out any way that I could do this. I noticed you could add the PostingsEnum.POSITIONS flag to the postings method to get the positions of the term within each document along with the frequency and I realized that I could accomplish this task with that.

It may not be the cleanest solution, but it was a working solution, which was the goal at the time. If you have a better solution, I would be very curious to hear.

Either way, here is the solution I came up with in the newInstance method.

Even with the inline comments, this code is tough to parse. I'll walk through this one segment at a time.

First, we need to take term that is already being passed into newInstance and split it into the terms we are going to search by since we are now passing in a phrase instead of a singular term. Then, if there are no valid terms to search by, we just return a FilterScript with an execute method that always returns false. We do this because we want to return no articles if they do not have a valid search.

2. Getting the Positions & Frequency #

Now, for each term in the phrase we need to get the frequency that it appears in each document, as well as each position in the document that it appears at. We do so by looping through the terms array we created in the previous step and calling postings for each of them. This time, we use the PostingsEnum.POSITIONS flag though. That allows us to call the nextPosition method on the returned PostingsEnum to loop through all the positions of the term in the document, which we will need down the line. Just like in the original plugin, we will still always return false if any of the postings are null. As we go, we add each of these postings into an array for later analysis.

Note that the above code is in the FilterScript that is returned if you make it past the conditions described in the first two steps.

Another note: This time you should remember that rest of the code you will see is within the execute method of the returned FilterScript.

We first handle the case where there was only one term and therefore only one postings object. We do so by getting that one postings object and doing exactly what the original plugin was doing. We compare the frequency of this singular term in the article, retrieved with the freq method, and compare it to count, the total number of times we need the phrase to appear in the document. We do still check if the postings.docId() equals the currentDocid as confirmation that we are checking the correct document as well.

If you have followed along fine up to this point, good job, but this is where the code gets really confusing. We start by creating the phraseTesterMap which maps one Integer to another Integer. The map keys will represent each position of the first term in the phrase. Let's look at an example to make that more clear.

The values of the phraseTesterMap are even more confusing. They represent the index of the term in the phrase up to which the phrase does not fail. After looping through all of the postings, our map will look like this:

With this map, we know how many times the phrase matches by checking how many of the values in phraseTesterMap are equal to the length of the terms array minus 1, or the index of the last value in the array. This is true because if the value in the map is 2 in this example that indicates that the phrase was matching all the way through "Vici", so in the text we see the whole phrase "Veni Vidi Vici".

But, you might ask, how exactly is this map constructed? We start by looping through postingsArr. Remember that each postings object represents one term from the terms array in order.

For now, I am going to skip over stillValidPhrases, but rest assured that we will return to it.

If we pass those two checks just described, we then loop through each of the positions using the nextPosition method while being careful not to call it more times than the frequency of the current term, which we stored in freq, because if we do it will throw an exception. On the first time through the loop, we just add each of the positions to the map with their value as 0. At the end of the first loop for our example, the map will look like this:

For the remaining loops, we only update the map if the position we find has a matching first term position and the phrase was still matching up to that point. So in our example, if we are looking at the term "Vidi", we are making sure the word "Veni" is directly before it. If we are looking at the term "Vici", we are checking for the word "Veni" is two words before it and the phrase was still matching all the way through "Vidi". We do this by looking at the indices. Since the keys in phraseTesterMap are the positions of the first term, all we need to do is make is make sure the current position minus the current index is in the map. This is because your current index is always exactly the number of terms after the first term that the current term should be at. In the example, "Vidi" is at index 1. It is also 1 term after "Veni". Similarly, "Vici" is at index 2 and 2 terms after "Veni". Since "Vidi" is at positions 7, 13, 22, and 24 in our sentences, we can update the phraseTesterMap for keys 6, 21, and 23 to value 1, the current index, because they are all 1 position before and the phrase is still matching at this point because we have only completed the first term. Now, our map looks like this:

Now, on our third time through the loop is where the second condition to update the map really comes into play. We are still checking for the first term in its correct position using phraseTesterMap keys, but now we also need to look at the values of the map. Specifically, before updating that map entry, we must confirm that the value before the update is equal to the current index minus 1, which confirms that the phrase was still matching through the previous term. There is not a version of this check failing in our example, but if we had the phrase "Veni Very Vici" in our sentences, the first term would be in the correct position but the value would still be 0 instead of 1 since "Veni" was not immediately followed by "Vidi", so we would not update that entry in the map. Now, our example map would look like:

Now, that you have completed the loops you can see we have 2 matching phrases since we have two entries in phraseTesterMap, the entries with keys 6 and 23. They are matching since their values are the length of terms minus 1, which we covered above.

Hopefully you have a better understanding of how this works for the enhancement of only retrieving documents with a certain number of multi-word phrases. If not, feel free to let me know. If you can think of a way to make this better or cleaner, you can let me know that as well. Once again, I would recommend you check out David's article about how to add this plugin to your app and then you can make the enhancements I described here.