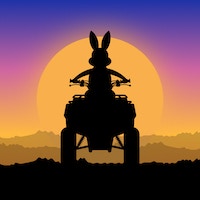 Why writing is a powerful tool for creating brands, not just talking about them.

If you had asked me in college if I would ever consider a career in branding, I would’ve said no.

If you had asked me why, I would’ve explained earnestly that I’m a writer, not a designer, and writers can't really do branding.

In my defense, there weren’t a lot of branding agencies clamoring for an English major with a copywriter portfolio and no idea how to use Adobe products. In their defense, there weren’t a lot of companies in general clamoring for that — and I couldn’t blame them. I was under the impression that people like me could do writing-specific jobs in advertising and marketing, but we weren’t really allowed to stray into the branding territory. If you wanted to make a brand, you had to be able to make a logo, which was something I couldn't do.

I still can't design a logo, but it turns out I can do branding. Over the last few years, I’ve learned that writers have a great deal to give to the branding world — and that branding, as a discipline, needs writers just as much as it needs designers. Writing isn’t just a nice skill to have. It’s a powerful tool that, when honed with the proper training, can create things out of nothing, and reach people in beautiful ways.

So, how do writers make brands?

The first thing we need to know is that writing is much more than a tool for making nice words.

It can be easy for writers to assume that our primary value lies in making things sound good.

When I graduated, I figured that if I were ever hired by a brand, it would be to write funny/serious/generally engaging things as dictated by the brand.

And while I knew that was an incredibly important role, I also knew I wanted something slightly different. But I’d been called a wordsmith so often that I wasn’t sure I was supposed to want something different.

Turns out, I was. Writing is good for a lot of things, but it can be particularly powerful when used before there is anything to write about.

But first: why is finding ideas so important to branding?

The best brands are made of something greater than the sum of their messaging and design. Great brands are founded on an idea. And that idea isn’t just a fact about what they do and why they’re cool — it’s an insight into who they are, and what their audience secretly loves and wants.

Take the Mailchimp rebrand from COLLINS. It has lovely illustrations and delightful writing. But at the heart of those things is the idea that growing up doesn’t have to mean losing your quirks. You can be successful and also weird.

Every brand needs an idea like that. Without that idea, the design and messaging wouldn’t be saying anything. This means that every brand needs someone who can find ideas.

So, how does writing help you find ideas?

As I discovered (painfully), coming up with good ideas means first coming up with bad ideas. Maybe a lot of bad ideas. Sometimes it’s easy to separate the bad from the good, but sometimes it’s not. There are ideas that you’ll get attached to because they sound smart, or because other people like them, or because it’s 11:00 at night and at that point you would probably think Swedish Fish-flavored Oreos are a stroke of genius.

Your brain might not always be able to gauge the quality of an idea, but writing can. When you write out an idea, one of two things tend to happen: you will either discover new things about that idea and become even more excited about it — or you'll discover that the idea, though beautiful in your head, is hideous on paper. This happens. Ideas love to stay in cozy, dimly-lit corners of your brain. Writing is like hauling them out and putting them under enough wattage to light up a football stadium. There is nowhere to hide. If it’s a weak idea, you'll see it when you start to write it. This is a good thing because it means you can scrap it and move on to the good ideas.

Furthermore, writing doesn’t just help you spot the bad ideas — it also helps you make the good ideas better. Even the best idea needs some refining before you can start to create things with it. Spending time writing an idea helps you spot the weaker parts of the argument you're trying to make, and dial in on the strengths. Writing essentially lets you stick an idea into the blast furnace until you've gotten rid of the dross, the clunky bits, and the stuff that gets in the way of the truth.

When used correctly, writing is your ticket to being in the room where brands are made. Can you be a non-writer and come up with great ideas? Absolutely. Will you, as a writer, need to develop a few additional skills if you want to be part of the creation of a brand? Yes. But the important thing to remember is that writing isn’t just something you use to make things sound good. You can use it to make good things, too.

And this leads us to the next point.

Writing is essential when it comes to shaping the personality of a brand.

Brands need a strong personality just as much as they need a compelling idea. If people don't care for you much as a person, they probably won’t want to listen to what you have to say. The same goes for brands. A brand’s personality needs to be something that the audience wants to hang out with (and, yes, spend money on).

But where does a brand’s personality come from, and how does writing help with that?

A brand’s personality is determined partly by the idea itself and partly by what you know of the audience. For instance, if you know that your audience is on the quirky side, and your idea has to do with imagination, then you probably don’t want to create a personality that uses words like “synergy."

But even once you rule out the obvious things, it still leaves you with a lot of options. This is when you get to employ a different side of writing. When you’re trying to find ideas, you use writing as a litmus test. When you’re trying to create a personality, you use writing like the bin of old “dress-up clothes” you had as a kid. Writing lets you try on different personalities for your idea. It lets you swap out accessories, and walk up and down to get a feel for things.

When we worked with the Edgar Allan Poe Museum, we discovered that our idea had a slightly morbid personality — but was also funny. After a bit more writing, we realized that their personality was also a bit whimsical, in a bizarre but joyful way. After even more writing, we got so detailed that we named the personality “Edgar” Scissorhands (before Cadillac, thank you very much). When people asked, we could explain that the Poe Museum's personality was Edgar Allan Poe Meets Tim Burton — specifically, Edward Scissorhands Tim Burton and definitely not Beetlejuice Tim Burton (though Beetlejuice is very good).

Writing allows you to create a personality in startlingly vivid detail — which you can then use to inform the voice & tone as well as the look and feel of the brand.

There's only one more thing we need to know about writing and branding.

Writing is our secret weapon when it comes to getting things approved.

One of the first things I learned in my first job was that client approvals are a thing, and they are sometimes difficult to come by. They can be particularly tricky at the beginning of a branding project — when what clients are approving isn’t the full manifestation of an idea, but the foundation of it, or even just the seed of it. At this point, clients still need to feel like they’re approving something real. They need to know where the work is headed. Most of all, they need to know that you understand them — that you heard everything they’ve been saying (and not saying). When it comes down to it, clients in the very beginning often don’t care as much about seeing things as they do about being seen. Writing the idea in story-form is perhaps the best way to do that. It lets you share with the client, in a clear and persuasive way, how you see them — and how you want their audience to see them. It lets you tell them a story in which they are the heroes. It works almost every time (see: this iconic scene from Mad Men, in which Don Draper tells the story of the Kodak Carousel).

This type of writing may never be seen by an actual consumer, but it is perhaps the most important writing we writers do. Because if the client understands and believes in the story you want to tell from the beginning, then everything else will be easier. The rest of the writing you do will be easier because you’ll have a foundation to work from that you know the client approves of. Designing will be easier for the same reasons. On top of that, you’ll have built a lot of trust with the client — and maybe made them cry.

Below is one of our favorite stories, written when worked with Washington Speakers Bureau.

Alright, you might say, but are you suggesting that writing is somehow better for branding than design? Definitely not. Writers can brand, and so can designers — and so can the rare and magical unicorn who can write and design equally well. And so can strategists. Branding doesn’t have a preferred skillset, but it will ask you to use your skillset in a way you might not expect. Branding has forced me to rethink what writing is for. When I started my career, I mostly saw writing as a channel of communication — a way to connect with people on a deep and emotional level. That’s still true, and I still love that. But over the last few years, I’ve had to learn (slowly and painfully) how to use writing not just as a vessel for ideas, but as an all-terrain vehicle for the pursuit of those ideas. I’ve had to learn to use writing to refine ideas when I finally catch up with them — and I’ve had to learn how to help those ideas find their place in the world. I’m still learning, and probably always will be. If nothing else, I’m proof that all kinds of skillsets can and should be applied to branding. Branding isn’t just about words and visuals — it’s about humans and ideas. The more we think about it that way, the more fun we’ll have, and the better our work will be.