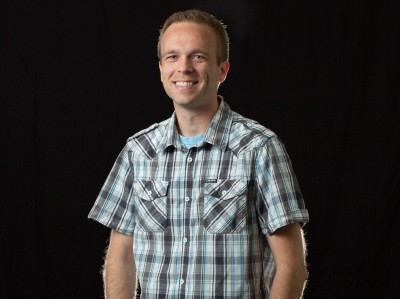 This year, the team at Carsonified combined their three main conferences into one, massive, week-long event with several different tracks full of insightful sessions. Having attended Future of Web Design twice several years ago, I was particularly looking forward to this conference’s well-rounded, multi-disciplinary, multi-day, multi-track format. While I was only able to attend two days of the conference, I was impressed by most sessions I attended, and a few in particular stood out to me.

Aaron Walter, author of Designing for Emotion, gave an inspiring talk on the importance of crafting honest customer relationships. He emphasized the importance of injecting personality into product design, defining the “voice” of your company, and letting your employees across all disciplines do the talking. He went on to illustrate this by contrasting a superficial BP marketing campaign of the early 2000s (and the reality of the Deepwater Horizon oil disaster of 2010), with several examples of companies (Holstee, Raleigh Denim, GE) that have been able to tell their stories in a personal way and, as a result, make lasting connections with customers.

This one definitely has to go to Robin Christopherson's talk on Why Blind Users Love Their Touch-Screen Smartphones. I didn’t know what to expect coming into this session, but I was quickly captivated and nearly in awe when I realized how helpful and important modern smartphones have become to people with physical disabilities. Christopherson demonstrated how a number of accessible iOS apps are helpful for blind users, from Siri-like question and answer apps to apps that make great use of the built-in camera. Among them are light detection apps used for finding windows or lights left on, motion detection apps used for security, and even color and money recognition apps. All of these apps cost little to nothing and are beginning to replace a multitude of bulky, specialized equipment costing thousands of dollars. To see some of these apps demonstrated, check out this video from last year’s Future of Web Apps.

Several themes emerged for me. To sum them all up into a single message: let’s make the best use of all the great tools and resources at our disposal today while, at the same time, being responsible. Ultimately, we’re building for people. Trust your gut, and love what you do!