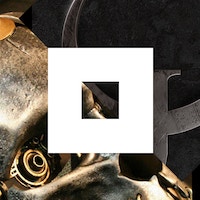 We worked with Bethesda Softworks to launch sites for upcoming titles, including the latest in the Quake series.

More than 50,000 people are headed to Los Angeles this week for the 2016 Electronic Entertainment Expo, better known as E3 to media and industry insiders, to take part in the video game industry’s annual trade show.

Bethesda Softworks kicked off the trade show with their second annual E3 Showcase to a thousand of their biggest fans (and millions more via livestream). The Showcase included interactive experiences, game demos, interviews, and most importantly — anticipation for big announcements and the unveiling of upcoming titles.

We’re thrilled to have taken part in E3 2016, by partnering with Bethesda Softworks to launch the official Quake Champions and Dishonored 2 game sites, two announcements to make a big splash in the Showcase.

Perhaps the biggest surprise of the E3 Showcase, Bethesda announced a new game that will continue the Quake tradition with the latest addition to the lineup: Quake Champions.

Originally developed by id Software in 1996, Quake is the iconic first-person shooter video game and first in the Quake series. A triumphant return of the original series, Quake Champions brings back the brooding, brutal, and bloody gameplay that fans love.

Timed with the E3 announcement, we launched the first iteration of the game site, featuring 3D animation of the iconic “Q” mark and the official trailer for the new game.

At the 2015 E3 Showcase, Bethesda revealed that Dishonored 2 was in the works, the sequel to the well-known action-adventure Dishonored game.

With its release scheduled for November 2016, this year’s E3 was the perfect time to reveal more game information, features, character stories, and pre-orders.

We helped build out and integrate the Dishonored 2 site with Bethesda’s custom CMS, including region-based pre-order, and internationalization across nine languages.

Congrats to Bethesda on another successful E3 Showcase!