Don’t Be the Next Quibi 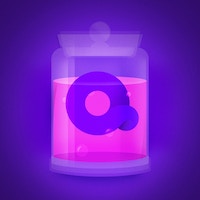 The nearly $2 billion streaming platform lasted only six months before calling it quits. What can we learn from their mistakes?

It’s been over two months since streaming challenger Quibi announced it would close its doors and by now, the media has thoroughly dissected its rise and fall. Commentators basking in schadenfreude have highlighted a host of issues that plagued the company from launch: lawsuits over the app’s technology, a global pandemic, and infighting between Founder Jeffrey Katzenberg and CEO Meg Whitman. The post-mortems chronicle a cavalcade of both misfortune and unforced errors as Quibi cements its legacy as an ignominious MBA case study.

While the “I-told-you-so” takes are tempting to snack on, for product owners and strategists, it’s more instructive to dissect specific missteps and tactics that (maybe) could have helped prevent such a dramatic downfall. In Katzenberg and Whitman’s open letter of October 21st, they stated:

“And yet, Quibi is not succeeding. Likely for one of two reasons: because the idea itself wasn’t strong enough to justify a standalone streaming service or because of our timing. Unfortunately, we will never know but we suspect it’s been a combination of the two.”

After spending 80% of the capital they raised, it’s genuinely surprising that Quibi didn’t have a better understanding of the reasons it was all falling apart. Smart investments in strong product strategy, user research, and an old-fashioned slice of humble pie could have given the fledgling platform a better shot at success–or at least helped avoid such an egregious miscalculation.

In the months before launch, Quibi’s leadership touted a set of differentiators that would ultimately prove too weak for the competitive streaming market. These value propositions (Premium quality! Watch on the go! Cool rotation feature!) might sound fine in a vacuum, but did not offer strategic value within the streaming wars of 2020. Worse still, Quibi seemed consistently unwilling to grapple with the competitive business landscape they were entering. Whereas Netflix CEO Reed Hastings knows his quest for domination competes with sleep itself, Whitman repeatedly claimed that Quibi would not directly compete with other streaming platforms, let alone other human activities. In retrospect, it’s clear that core assumptions about the product were not rigorously validated in the context of a complete business strategy.

Of course, Quibi almost certainly conducted in-depth business planning ahead of launch, but in retrospect, they also would have benefited from an outsider perspective on their model and assumptions. In fact, we’ve come to believe that business strategy is so inextricable from the success of a digital product that we often start engagements by helping our clients complete a business canvas exercise using a template adapted from the Business Model Canvas and Lean Canvas. More concise than a traditional business plan, the business canvas is also a great visual tool that promotes holistic thinking. We’ve found that the canvas also encourages us to be honest about our core assumptions and surface dependencies in logic. If we were to create a retroactive business canvas for Quibi, it might look something like this:

Unlike Quibi’s public positioning, this canvas highlights the sheer volume of existing solutions, confirming would-be competitors as a critical challenge. The canvas also makes it easier to break risky assumptions into elements that can be individually tested, tweaked, and confirmed before putting the puzzle back together. With strong processes in place to evaluate and change the canvas over time, Quibi could have developed a robust, validated business model to build their product on.

Unfortunately, that’s not what happened.

Quibi’s entire premise was that users would pay a subscription fee to watch high-quality, short-form content on mobile devices, presumably between 7am and 7pm. But the company never meaningfully questioned these foundational ideas, and by their own admission, they still don’t know if their concept was strong enough in the first place. Lots of things about launching a new product and building a software platform are risky and unknowable, but this didn’t have to be one of them.

At Viget, we help our clients build prototypes and MVPs to test risky assumptions in realistic scenarios. In this case, Quibi could have built and deployed early MVPs with limited content and minimal feature sets, and recruited research participants to provide feedback on their experience through surveys, interviews, and observation. They could have built a small but focused ecosystem to study user behavior against key metrics from their business model canvas: How many minutes of content do trial users watch? How often do they watch? How many trial users report intent to subscribe after a free trial, and at what price points? In turn, this research might have revealed bigger insights to challenge and refine the problems, strategic insights, and product solutions from Quibi’s first draft of a business canvas.

With enough patience and small-scale strategic investments, Quibi could have tweaked their messaging, design, software, and content offerings based on early results, while optimizing for a sustainable subscription model. Any promising indicators under these conditions could have been leveraged to attract additional investment and build a loyal user base. Instead, Quibi went all-in on their big launch, which gave them very little runway for adaptation and experimentation. In some ways, their confidence was admirable, but it’s simply very, very hard to launch a consumer product in such a crowded and complex market without mechanisms to learn and adapt quickly.

It’s entirely possible that Quibi did build prototypes and conduct user research, but in retrospect, it seems clear that they either failed to ask the right questions, or failed to let the results influence the product’s overall direction. Instead, Quibi built a beautifully executed product–it just happened to be a product that nobody wanted.

Be ready to pivot

Quibi’s debut was derailed almost from the beginning. The app fell out of the top-50 downloads after a week. The total number of installations lagged. And when a generous 90-day free trial resulted in an 8% conversion rate, the first obituaries came fast and thick from the press. In a mid-May interview with the New York Times, Katzenberg was quick to place blame saying, “I attribute everything that has gone wrong to coronavirus.”

It’s undeniable that COVID-19 hit Quibi where it hurt, eliminating commutes (particularly on mass transit) for millions around the world, triggering financial uncertainty, and dragging on long enough that the fledgling streaming company would never recover. But as disruptive as the pandemic has been, subscription streaming is up, and the average US adult is projected to spend an additional 23 minutes on their smartphone in 2020 (about 2-4 Quibis).

If Quibi had invested in the type of business modeling and user research described above, perhaps they would have invalidated the assumption that their customers primarily wanted to watch video on the go and decided to build smart TV apps instead of the native app’s rotation feature–an insight that arguably would have made a big difference in April 2020. Or they might have been more prepared to experiment with different pricing models, such as the freemium service they reportedly considered when it was already too late. It wasn’t COVID-19 that finished Quibi off, but rather their lack of preparation for a pivot.

Sometimes the answer is still no

A more successful Quibi would have looked very different from the product that launched in April 2020. It would have been slowly developed and refined before making a big splash. Armed with reams of research, it would have been highly responsive to the COVID-19 pandemic. It probably would have been less dogmatic about how and when users could access its content. It might have launched as a completely unrecognizable service, having been utterly transformed by discarded assumptions and better insights. And it’s possible that it never would have existed at all.

Failure is always a possibility under the best of circumstances, and Quibi made a one-shot bet in a crowded marketplace. So while some of these strategies might have extended their runway, or helped inform a pivot, they also might have revealed that there never was a viable path forward–and without burning so much capital. Sometimes the answer is still no, but getting to that answer is incredibly valuable in and of itself. The world is full of interesting problems waiting to be solved, and firmly closed doors make it easier to find the next open window.

Quibi’s high profile and fast burn made it possible to track its choices and their consequences in near real-time. There will be more Quibis, and I’m grateful for the chance to learn from them. Just don’t be one of them.