Dear Client: You can give great design feedback. 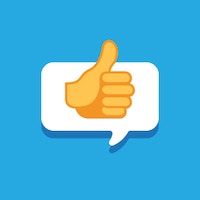 Your feedback is critical to the success of your project, and the way you share it matters. 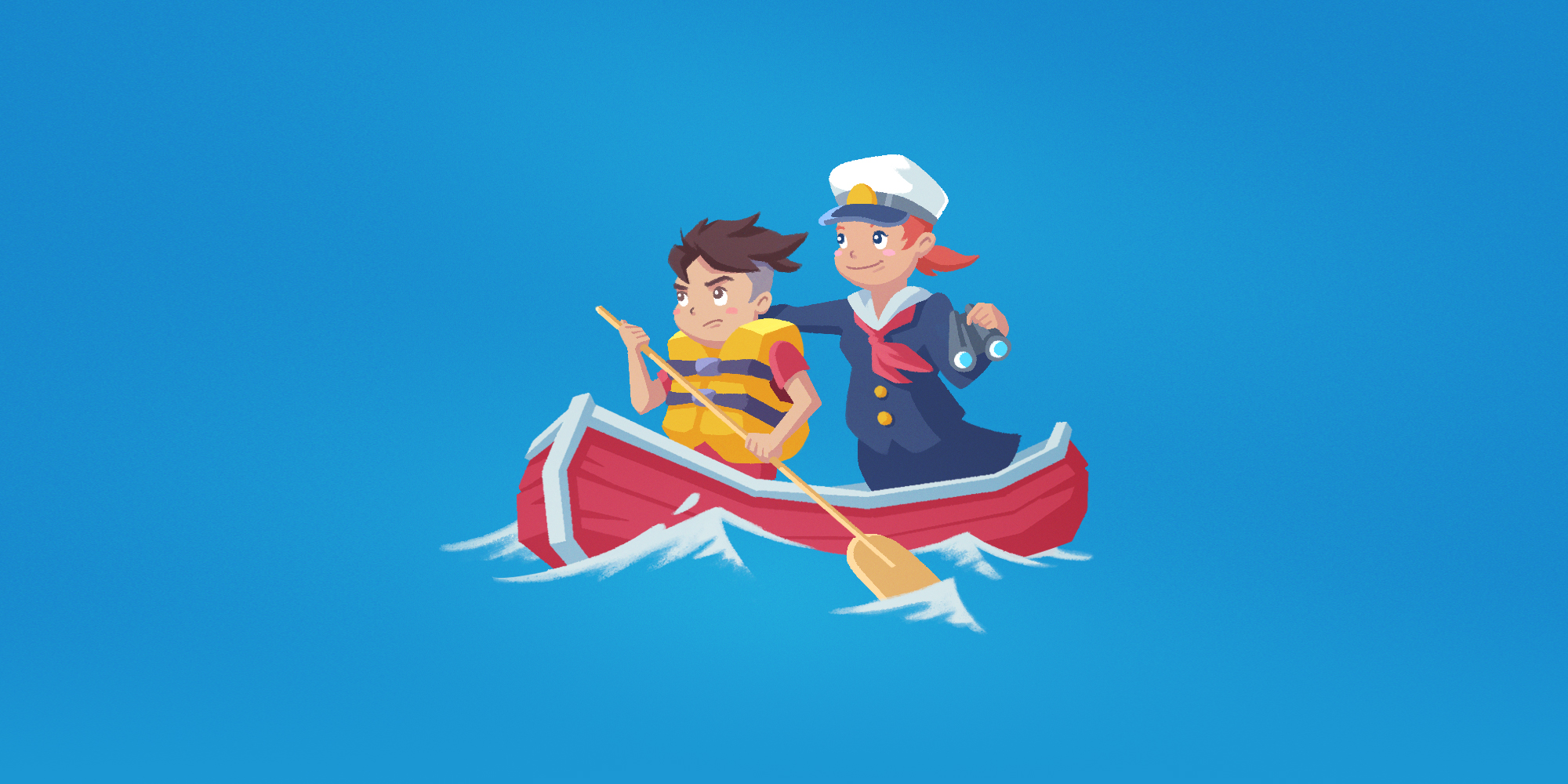 We’ve worked hard to create something we think is amazing. We’ve tried many different things to get to the best solution, and we’ve put a lot of thought into every decision that got us from blank page to presentation-worthy product. We worked quietly through countless weaker designs to land on the strong one. We’re confident our solution is creative, hits all the stated project goals, and will resonate well with the target audience. We can’t wait to show it to you and are fully expecting you to be thrilled.

And then we walk into a meeting, confidently present the work, and get feedback that isn’t clear or helpful. At best, we walk away feeling confused about how well we met (or missed) your objectives. At worst, we leave the room with a heavy sigh because we can see you’re veering off track but our attempts to steer you back were met with major resistance.

It’s the designer’s job to ask for the right kind of feedback and guide you through the process. And trust me - we’ll try very hard to do that. If you’re new to the process, it’s hard to know what good feedback actually is without being told. Knowing how to extract meaningful feedback is a skill we continue to develop for the entirety of our careers. I sometimes feel like a therapist, because I spend so much time analyzing surface-level comments and digging for the real feelings buried beneath. If you don’t untangle things early, it’s guaranteed to erupt at some point. And the later you start untangling, the bigger the knot.

But trying to teach "good feedback" in the moment, when tensions are high, is hard. And sometimes you don’t leave us much room to ask questions or provide guidance. For countless reasons, the feedback loop can get off track. You probably aren't even aware it’s happening. It’s important, though, because if you aren’t giving good feedback you won’t get the best work from your designer. Clear, meaningful, actionable feedback is absolutely critical to the success of any project.

So if you want to get great work out of your team, here are a few things that can help:

Client happiness is a nice side effect of a good working relationship. But really, our job is to solve your problem. You hired us for our expertise, not our compliance.

A good designer will push you to make difficult decisions, and may respectfully disagree with elements of your feedback. Some people feel threatened by push back of any kind, which, while understandable, can undermine your project. Discomfort is the short-term cost for long-term success.

As a designer, it’s much easier to just go along with whatever is most comfortable for the client, sailing through presentations and approvals without a single tough discussion. But that’s a cop out. If your designer isn’t making you uncomfortable sometimes, they’re probably self-limiting their thinking to keep things feeling smooth.

So don’t forget - you don’t want easy. You want a designer who will challenge assumptions and communicate honestly with you. Someone who will ask you for boldness and bravery as they push you into new territory.

... But if you wear us down, we might resort to that

If the discussions you have with your designer never result in a win or even a compromise, you’re likely to wear down your designer. If they can tell you’re getting frustrated by their input, eventually they’ll stop pushing and instead shift to just keeping you happy and moving the project along. They’ll stop fighting for what they think is best, and you’ll stop getting their best ideas. It’s a lose-lose situation that is easily avoidable.

If you notice a significant drop in the amount of pushback you’re getting from your designer, they may be shifting into “just keep it moving” mode. Try being more open-minded and consider their expertise. As soon as it’s obvious you want them to be thinking, they’ll start using their brains again.

Trust that we are extremely invested in your project

As “outsiders,” I’m sure it’s easy to feel like we’re just strangers swooping in to drop bombs and disappear. But everyone I know at Viget is extremely invested in the projects they work on. We want your project to be great, even if we’re not responsible for it after launch. Perhaps especially because we’re not responsible for it after launch. We aren’t just throwing ideas at you to see what sticks. We believe in the work we show you - and we really, truly think it’ll help you achieve your goals.

I will never forget one particularly emotional conversation I had with a client years ago. They wanted flashy features that would look cool for a second, but would have been throwaway experiences that made the site much less usable. They would have been costly to build with very little long term value. This client  was hoping for more shiny objects - an understandable interest, but one that wasn’t in line with the project’s goals. When we told them we thought shiny objects were a bad idea, they got very upset. They thought we were just trying to cut corners and avoid a challenge. This is never, ever the case at Viget, and it certainly wasn’t the case for this project. The client and I had a long, honest, and at times very difficult conversation. In the end they came to see that we really were doing what was best for the project - not what was easiest for us.

Remember to give your big overall feels first

Sometimes, after the big reveal, I have to stop a client twenty minutes into a 5-page list of nitpicky changes to ask “Great... we can work on those things... but in general, did we hit the mark?”  If you launch into all the things you do or don’t like about a design without a gut check “love it!” or “no way!” it’s easy for your designer to come away with the wrong impression. We may get to the end of the meeting and leave thinking we should start over, when in reality you loved everything *but* those nitpicky things. Or we may think we’ve nailed it, when in actuality you only liked 2 things about the design and want everything else to change.

Starting your feedback with a summary of your thoughts sets the tone for the rest of the discussion. “As a whole I like where it’s going,” for example, tells us that although there will be details to discuss, we are on the right track, whereas “these designs are really missing the mark for me” sets a much clearer expectation that we will have to make many changes or try a different approach. So do your designer a favor, and give them a short version of your feedback first.

Ask for our rationale

If something about the design feels wrong to you, try not to reject it immediately. Instead, ask your designer why they chose that particular solution. Any designer worth their salt will be able to present a strong case for why they made that decision, and why they believe it’s the right one. You’d be surprised just how much thought goes into every detail, even those that may seem purely subjective. You might still end up feeling like their conclusion is wrong, and if so, go right ahead and explain your thinking - but asking “why” will prevent you from making snap judgements without the full context.

Keep your mind on your users

As designers, we’re trained to make decisions using a user-focused lens. Knowing your users is one of our highest priorities because success rests on getting that right. This way of thinking doesn’t come naturally, and doesn’t always line up with what stakeholders are envisioning.

Even with the best of intentions, organizational politics and personal bias can get in the way of good decision making. Stay aware of those distractions, and make sure you’re evaluating designs through the same user-focused lens we’re using.

This is the one you’ll hear about most, because it can be incredibly maddening. It’s your job to define the problem. It’s my job to solve it. If you say things like “make that button green,” you’re giving me the solution to the problem without telling me what the problem actually is. And you’re prescribing a fix that may or may not be best for the project, without leaving me room to think about other options. If you start with the problem, I can think about it from all angles - and might uncover ways to fix it that you’d never consider.

When I hear prescriptive feedback, I know to stop and ask more questions. But the more often it happens, the more tempting it is to save energy and follow your demands. So tread very carefully in this area. And be especially careful of sending over a chopped up version of a designer’s work to “help.” Nothing shuts a designer’s brain down faster than seeing a PSD come through. No matter how well intentioned it might be, when you do that you’re taking all the critical thinking out of someone’s job and reducing them to pixel pushers. It’s like a big blinking neon sign telling your designer that you don’t trust their expertise. Avoid, avoid, avoid.

Above all, always remember - your feedback is awesome, necessary, and always encouraged. We want and need your input. That’s why the quality of the feedback matters so much.