As a designer and presenter at this year’s DC Design Talks, I couldn't have been happier with the way it went. It was full of great speakers, great people to meet, and it was on my home turf not just at our office but in the DC area itself. 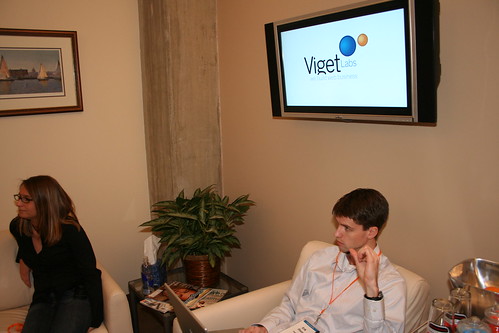 Based on the overwhelming popularity of the one-day conference (90 seats sold in a few weeks), it is obvious that talks like this one are important to the community. The day started with Viget's own Samantha Warren speaking about web typography.The topic came easily to her; as a self-proclaimed “font-geek,” she at one point actually confessed “I could talk about fonts all day.” She urged us all to think about which fonts to use and why to use them beyond stereotypical, “because they look cool” reasoning. Later in the day Robert Goodlatte gave an inspiring talk called “Justifying Design.” He emphasized the notion of using the grid for making layouts more effective and distinguishing designers from decorators; decorators are the ones who make the site look “pretty” while the designers make the site as a whole more usable. As a first-time speaker at one of these things, I was happy with the reception I received. My thanks to organizers Jackson Wilkinson and Jason Garber for successfully creating an open and receptive vibe for everyone involved.