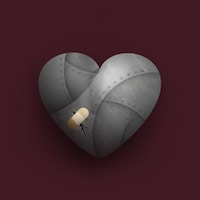 Lessons learned from a week of "no."

Why? Because rejection hurts. It makes us blush, fidget, and fantasize about sinking beneath the floor (where there are undoubtedly spiders). It makes us feel small and worthless. And avoiding it isn’t all that hard. You can not ask for things that might result in rejection. You can apologize profusely before asking for anything. You can make yourself feel small and worthless before anyone else has a chance.

But, as I discovered during my copywriting apprenticeship at Viget, that approach can be problematic. After roughly a week, my advisor sent me a TED talk by Jia Jiang on overcoming the fear of rejection. She then told me that I would be devoting the following week to “rejection therapy.” The goal was not to run away from rejection, but to run towards it. I was to rack up as many rejections as I could, simply by asking for things.

Once my fight-or-flight response had subsided, I decided to make a list. I scheduled my rejection attempts for lunch breaks and after work. It looked like this:

As I brainstormed, I realized that I kept going back to my bucket list, rummaging around in a neglected corner where once beautiful ideas die alone and unloved. These were the things I had always wanted to do, but never had because it meant risking rejection. In other words, by avoiding rejection, I had been inviting regret.

With that in mind, I jumped right in. While riding the metro, I spotted an elderly businessman, and decided to improvise. Scooching over, I offered him my notebook, and asked him to draw me a picture of a flower...

He said no. Very busy. Sorry. In the silence that followed, I realized that, all in all, that wasn’t as bad as I expected. It was awkward, but now it was over. Like a belly flop from the low-dive, it stung — but just for about five minutes. And only a few people saw.

As the week progressed, I discovered that you can build up a resistance to rejection. Each time you ask an awkward question, receive an uncomfortable glance, and brace for the sock to the stomach that is rejection, you become a little less afraid. You gain confidence, and with that confidence, the ability (occasionally) to convert a “no” into a “yes.”

Every few weeks, taco-loving Vigets make a pilgrimage to Taco Bamba — a tiny, beloved taqueria in Falls Church. One of these trips happened during my week of rejection hunting. About half-way through my second taco, I realized that 1) I wanted another, and 2) I could easily turn this into my request for a meal refill. I hadn’t planned on having an audience of coworkers, but love of tacos makes one do foolish things. I marched up to the register, and asked the lady if I could please have another taco, and could it please be free. “Uhhhh no,” she said. “Never surrender,” I thought. I told her I was from California, that I missed good tacos, and that theirs were the best in the area (all true). We started chatting, and at the end, she handed me a bag of chips, and a container of guacamole. Lesson: when one door closes, a tub of guac opens.

The lady at Taco Bamba wasn’t the first to seem genuinely interested in being helpful. One morning, I showed up at the coffee shop across the street, and asked the barista to teach me how to do latte art. It was 6:30 a.m., and I received the impression she hadn’t had her coffee yet. Nevertheless, she proceeded to give me an in-depth, step-by-step tutorial. She patiently walked me through demonstrations with soy, then with whole milk (fun fact: soy makes subpar foam). I felt like a barista apprentice, and left the coffee shop high on espresso and the milk of human kindness.

In happier news, the llama head I bought at Target found a new home in the biz dev office. Many thanks to our Digital Strategist and Director of Digital Strategy. To be fair, I didn’t actually think I’d be rejected on that one.

Main takeaway: people want to say yes. By the end of the week, I was convinced that rejection doesn’t hurt nearly as much as the failure to ask. And it doesn’t have to translate to requests for free tacos.  Sometimes it means asking for feedback, and accepting when the feedback is “you can do better.”  Sometimes it means taking risks, and refusing to be discouraged by a “no” or “I don’t like this.”

There’s a piece of paper taped above my desk. On it, writ large and extra bold, it says “CLOSED MOUTH NO FOOD.” It means that if I let the fear of rejection guide my decisions, I’m essentially closing my mouth. I’m refusing all the things that are supposed to help me grow — things like advice, critique, foamy lattes, and, of course, chips and guac.