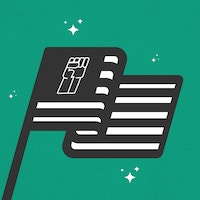 In honor of Black Heritage Month, we've listed African American women founders leading the way in tech innovation. From rethinking energy to debt forgiveness platforms, these women are crossing boundaries in every field.

“Close your eyes and name three people who have impacted the tech industry.”

And you are not alone. Numerous lists online yielded the same results. In recent years, many articles have chronicled the dearth of diversity in tech. Studies have shown the ways in which venture capital firms have systematically underestimated and undervalued innovation coming particularly from women of color. In 2016 only 88 tech startups were led by African American women, in 2018 this number had climbed to a little over 200. Between 2009 and 2017, African American women raised $289MM in venture/angel funding. For perspective, this only represents .0006% of the $424.7B in total tech venture funding raised in that same time frame. In 2018, only 34 African American women had ever raised more than a million in venture funding.

When it comes to innovation, it is not unusual for financial value to be the biggest predictor of what is considered innovative. In fact, a now largely controversial list posted by Forbes of America’s most innovative leaders in the fall of 2019 featured 99 men and one woman. Ironically, what was considered innovative was, in fact, very traditional in its presentation. The criteria used for the list was “media reputation for innovation,” social connections, a track record for value creation, and investor expectations for value creation.

The majority of African American women-led startups raise $42,000 from largely informal networks. Criteria weighted on the side of ‘track record for value creation’ and ‘investor expectations for value creation’ devalues the immense contributions of African American women leading the charge on thoughtful and necessary tech. Had Forbes used criteria for innovation that recognized emergent leadership, novel problem-solving, or original thinking outside the circles of already well-known and well-established entrepreneurs we might have learned something new. Instead, we're basically reminded that "it takes money to make money."

Meanwhile, African American women are the fastest-growing demographic of entrepreneurs in the United States. Their contributions to tech, amongst other fields, are cementing the importance of African American women in the innovation space. And they are doing this within and outside traditional tech frameworks. By becoming familiar with these entrepreneurs and their work, we can elevate their reputation and broaden our collective recognition of innovative leaders.

In honor of Black Heritage Month, we have compiled a list of African American women founders leading the way in tech innovation from Alabama to the Bay Area. From rethinking energy to debt forgiveness platforms these women are crossing boundaries in every field.

Kathryn Finney founder of Digitalundivided
Kathryn A. Finney is an American author, researcher, investor, entrepreneur, innovator and businesswoman. She is the founder and CEO of digitalundivided, a social enterprise that leads high potential Black and Latinx women founders through the startup pipeline from idea to exit.

Laura Weidman Co-founder Code2040
Laura Weidman Powers is the co-founder and executive director of Code2040, a nonprofit that creates access, awareness, and opportunities for minority engineering talent to ensure their leadership in the innovation economy.

Morgan Debaun founder of Blavity Inc.
Morgan DeBaun is an African American entrepreneur. She is the Founder and CEO of Blavity Inc., a portfolio of brands and websites created by and for black millennials

Mara Lidey co-founder of Shine
Marah Lidey is the co-founder & co-CEO of Shine. Shine aims to reinvent health and wellness for millennials through messaging technology.

Alicia Thomas co-founder of Dibs
Alicia Thomas is the founder and CEO of Dibs, a B2B digital platform that gives studios quick and easy access to real-time pricing for fitness classes.

Sheena Allen founder of CapWay
Sheena Allen is best known as the founder and CEO of fintech company and mobile bank CapWay.

Alexandra Bernadotte founder of Beyond 12
Alex Bernadotte is the founder and chief executive officer of Beyond 12, a nonprofit that integrates personalized coaching with intelligent technology to increase the number of traditionally underserved students who earn a college degree.

Kaya Thomas of We Read Too
Kaya Thomas is an American computer scientist, app developer and writer. She is the creator of We Read Too, an iOS app that helps readers discover books for and by people of color.

Regina Gwyn founder of TresseNoire
Regina Gwynn is the co-founder & CEO of TresseNoire, the leading on-location beauty booking app designed for women of color in New York City and Philadelphia.

Etosha Cave co-founder of Opus 12
Etosha R. Cave is an American mechanical engineer based in Berkeley, California. She is the Co-Founder and Chief Scientific Officer of Opus 12, a startup that recycles carbon dioxide.

Lisa Skeete Tatum founder of Landit
Lisa Skeete Tatum is the founder and CEO of Landit, a technology platform created to increase the success and engagement of women in the workplace, and to enable companies to attract, develop, and retain high-potential, diverse talent.

Jean Brownhill founder of Sweeten
Jean Brownhill is the founder and CEO of Sweeten, an award-winning service that helps homeowners and business owners find and manage the best vetted general contractors for major renovation projects.