A Look at Viget Turnover 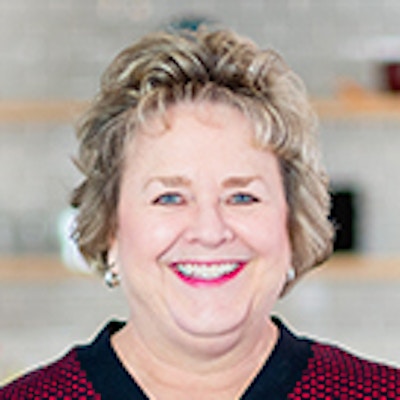 In Human Resources circles, one often hears talk about various companies and their turnover, attrition, or churn stats (terms used interchangeably which all refer to the same thing:  the percentage of one’s workforce which leaves each year).  In the high-tech sector in which Viget belongs, there’s often accompanying commentary that cites a search for variety, impatience with regard to professional growth, and a surfeit of available jobs as underlying factors for high-tech workers leaving jobs at higher rates than in other industries. There’s also a supposition that companies are experiencing the effects of a changing view of employer loyalty by Generation-Y.

The Society for Human Resource Management has a wealth of information on HR-related topics and they produced a benchmarking study in 2011 which cited average turnover in the high-tech industry in the U.S. at 11%.  But, there are lots of studies by lots of organizations -- each of whom parse their data differently.  One can look at turnover rates by industry, of course.  But, one can also look at turnover from the lens of how big a company one is (e.g., 500+ employees, 200-500 employees, under-50 employees).  One can also look at turnover by employee type -- officers, middle management, supervisory, etc.  This article from last year references a 10% target turnover rate that one should aim for -- because some level of attrition is perceived to be healthy.

At Viget, I am often asked about our turnover rate.  Sometimes, new staff members are simply curious.  Sometimes, the recruiting team or our management team ask.  Sometimes, it’s a formal request in the form of a Department of Commerce census or something related to our insurance policy renewal.

No matter what our turnover rate happens to be, people want to know how it compares to other companies and if it’s a “good number.”  We’re still small enough at 67 people that each departure is noticed and has an impact.  So, to some extent, the response to that question is always “Well, how does it feel? Does it feel like it’s too high?  Do you think we have a problem?”.  There are lots of healthy reasons people leave jobs (including jobs at Viget): they want to relocate to another part of the country; they want to explore an opportunity to do something we can’t offer; they want to change careers completely; they want to stay home with their kids; or, yes, they want to make more money.

For those interested, here are our turnover rates for the past 14 years (and a projection for this year as we head into Q4):

To me, the above stats perfectly illustrate why looking only at numbers is futile.  Being a small company (and a really small company for a number of years) can really skew the data.  20% turnover in 2002 seems really high unless I mention that we were 10 people at the time and lost 2 people that year:  one who relocated and one who changed career trajectories.  So, was it something to worry about?  No.  We were under 50 people until 2011, so I would offer that raw data is really more informative than percentages.  For the past 14 years, on average, 4 people have left Viget each year … and that number is true for both 2013 and our projection for this year.  We’re just bigger now, so our turnover rate appears to have dropped suddenly as if we were doing something differently.  (We’re not.)

Here at Viget, we also look at whether people feel they can build a long-term career here.  Five of us have been here for more than a decade.  Another 12 people have been here 5+ years.  In an industry where many believe one can’t keep people engaged for more than a couple years, almost 60% of our staff has been with Viget for 3+ years.  Additionally, the average tenure of those who have left Viget over the years is 2.37 years, which is pretty respectable.

What matters most to the management team here at Viget when we look at our turnover is who is leaving and why?  We scrutinize every departure and discuss what we could do better to retain top talent.  Whether we say our turnover rate is 5% or that we lose 4 people each year, however, it feels like we have a healthy turnover, especially for our industry.  What’s your impression?

Keeping Track of Your "COVID Bubble"